Physicists announce the world’s most precise measurement of neutron lifetime 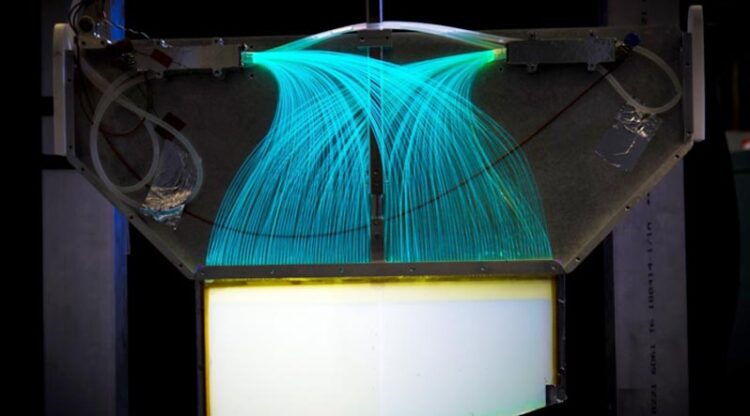 An international team of researchers has made the world’s most precise measurement of the neutron’s lifetime, which may help answer questions about the early universe.

An international team of physicists led by researchers at Indiana University Bloomington has announced the world’s most precise measurement of the neutron’s lifetime.

The results from the team, which encompasses scientists from over 10 national labs and universities in the United States and abroad, represent a more than two-fold improvement over previous measurements — with an uncertainty of less than one-tenth of a percent.

The work is reported in the Oct 13 issue of the journal Physical Review Letters. It was also the subject of a live news briefing at the 2021 Fall Meeting of the American Physical Society Division of Nuclear Physics. A pre-print version of the paper is also available.

“This work sets a new gold-standard for a measurement that has fundamental importance to such questions as the relative abundances of the elements created in the early universe,” said David Baxter, chair of the IU Bloomington College of Arts and Sciences’ Department of Physics. “We’re proud of IU’s long-time role as a leading institution on this work.”

The scientific purpose of the experiment is to measure how long, on average, a free neutron lives outside the confines of atomic nuclei.

“The process by which a neutron ‘decays’ into a proton — with an emission of a light electron and an almost massless neutrino — is one of the most fascinating processes known to physicists,” said Salvat, who led the experiments at Los Alamos. “The effort to measure this value very precisely is significant because understanding the precise lifetime of the neutron can shed light on how the universe developed — as well as allow physicists to discover flaws in our model of the subatomic universe that we know exist but nobody has yet been able to find.”

The neutrons used in the study are produced by the Los Alamos Neutron Science Center Ultracold Neutron source at Los Alamos National Lab. The UCNtau experiment captures these neutrons, whose temperatures are lowered to nearly absolute zero, inside a “bathtub” lined with about 4,000 magnets. After waiting 30 to 90 minutes, researchers count the surviving neutrons in the tub as they’re levitated against gravity by the force of the magnets.

The unique design of the UCNtau trap allows neutrons to remain stored for more than 11 days, a significantly longer time than earlier designs, minimizing the need for systematic corrections that could skew the results of the lifetime measurements.Over two years, the study’s researchers counted approximately 40 million neutrons captured using this method. These efforts were the thesis work of Gonzalez, who collected the data at Los Alamos as an IU graduate student from 2017 to 2019, and led the analysis of the published result.

Salvat said the experiment’s results will help physicists confirm or deny the validity of the “Cabibbo-Kobayashi-Maskawa matrix,” which concerns subatomic particles called quarks and plays an important role in the widely accepted “standard model” of particle physics. It will also help physicists understand the potential role that new ideas in physics, such as neutrons decaying into dark matter, may play in evolving theories about the universe, as well as possibly help explain how the first atomic nuclei were formed.

“The underlying model explaining neutron decay involves the quarks changing their identities, but recently improved calculations suggest this process may not occur as previously predicted,” Salvat said. “Our new measurement of the neutron lifetime will provide an independent assessment to settle this issue, or provide much-searched-for evidence for the discovery of new physics.”

Complimentary registration is available to credentialed press representatives for the express purpose of gathering and reporting news and information from the meeting. If you have not previously obtained APS press credentials (i.e. attended other APS meetings as press or receive the APS journals tip sheet), please submit a request at http://info.aps.org/press.

The Division of Nuclear Physics (DNP), established in 1966, is comprised of scientists and educators who study fundamental problems related to the nature of matter. Nuclear scientists probe the properties of nuclei and nuclear matter and the interactions of their ultimate constituents — quarks and gluons. They also address interdisciplinary questions: the basis of fundamental symmetries in nature, the first moments of the universe, the origin of the elements, education, and the application of nuclei and nuclear techniques to meet societal needs including medical diagnoses and treatment, energy, advanced materials, and Homeland Security. DNP interests have significant overlap with other APS Divisions, Topical Groups and Forums.

The American Physical Society (APS) is a nonprofit membership organization working to advance and diffuse the knowledge of physics through its outstanding research journals, scientific meetings, and education, outreach, advocacy, and international activities. APS represents over 55,000 members, including physicists in academia, national laboratories, and industry in the United States and throughout the world. Society offices are located in College Park, Maryland (Headquarters), Ridge, New York, and Washington, DC.