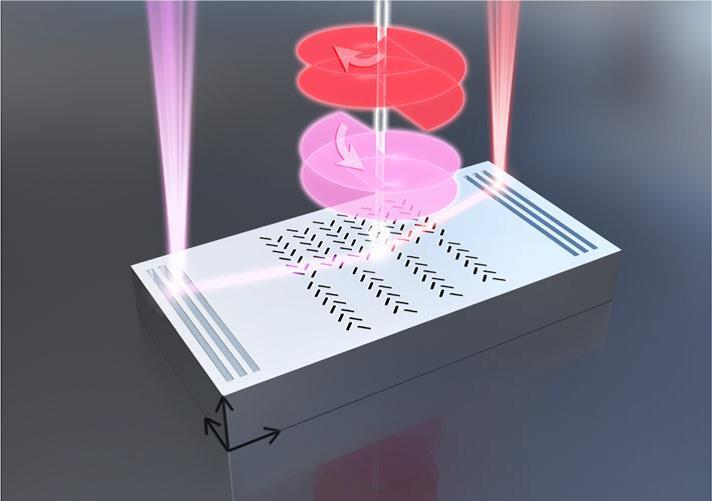 However, these methods have drawbacks including the need to align the beam precisely with the structure, the need for complex detection processes, such as near-field microscopy, and the low diffraction efficiencies of some elements.

This device is very promising for achieving a highly compact photonic integrated circuit. These scientists summarize the operational principle of their structure:

“This device is very promising for achieving a highly compact photonic integrated circuit. It has shown great potential in large-scale photonic integrated circuits and would benefit diverse applications such as optical on-chip information processing and optical communications. We are now trying to intergrate an additional coupound phase modulation structure onto the device to cancel the diffraction effect of the SPP wave during generation. This would further enhance the resolution and detection limit of the system.” they added

“The presented technique can be used for new generation of optical communication. As photonic singularities are new degree of freedom which can carry far more information compare to what the intensity modulation, frequency modulation we use now. The tiny volum of the device and its capacity of information processing will open a new gate to modern communication in both classic regime and quantum regime.” The scientists forecast.