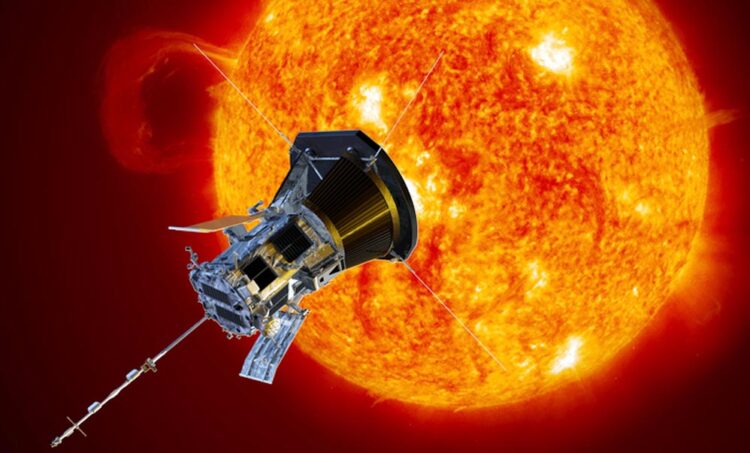 Understanding the solar wind can help scientists predict how it will affect Earth’s satellites and astronauts in space.

A new study led by University of Minnesota Twin Cities researchers, using data from NASA’s Parker Solar Probe, provides insight into what generates and accelerates the solar wind, a stream of charged particles released from the sun’s corona. Understanding how the solar wind works can help scientists predict “space weather,” or the response to solar activity—such as solar flares—that can impact both astronauts in space and much of the technology people on Earth depend on.

The paper is published in Astrophysical Journal Letters, a scientific journal from the American Astronomical Society (AAS) that publishes high-impact astrophysical research.

The scientists used data gathered from Parker Solar Probe, which launched in 2018 with the goal to help scientists understand what heats the Sun’s corona (the outer atmosphere of the sun) and generates the solar wind. To answer these questions, scientists need to understand the ways in which energy flows from the sun. The latest round of data was obtained in August 2021 at a distance of 4.8 million miles from the sun—the closest a spacecraft has ever been to the star.

Previous research has indicated that in the solar wind, at distances from about 35 solar radii (one solar radius is a little more than 432,000 miles) out to the Earth’s orbit at about 215 solar radii, electromagnetic waves called “whistler” waves help regulate the heat flux, one form of energy flow. In this new study, the University of Minnesota-led research team discovered that in a region closer to the sun, inside around 28 solar radii, there are no whistler waves.

Instead, the researchers saw a different kind of wave that was electrostatic instead of electromagnetic. And in that same region, they noticed something else: the electrons showed the effect of an electric field created in part by the pull of the sun’s gravity, similar to what happens at the Earth’s poles where a “polar wind” is accelerated.

“What we found is that when we get inside 28 solar radii, we lose the whistlers. That means the whistlers can’t be doing anything to control the heat flux in that region,” said Cynthia Cattell, lead author on the paper and a professor in the School of Physics and Astronomy at the University of Minnesota Twin Cities. “This result was very, very surprising to people. It has impacts not only for understanding the solar wind and the winds of other stars, but it’s also important for understanding the heat flux of a lot of other astrophysical systems to which we can’t send satellites—things like how star systems form.”

Learning about the solar wind is also important to scientists for other reasons. For one, it can disturb earth’s magnetic field, generating “space weather” events that can make satellites malfunction, impact communication and GPS signals, and cause power outages on Earth at northern latitudes like Minnesota. The energetic particles that propagate through the solar wind can also be harmful to astronauts traveling in space.

“Scientists want to be able to predict space weather,” Cattell explained. “And if you don’t understand the details of energy flow close to the sun, then you can’t predict how fast the solar wind will be moving or what its density will be when it reaches Earth. These are some of the properties that determine how solar activity affects us.”

In late 2024, the Parker Solar Probe will fly to an even closer distance of 3.8 million miles from the sun. Moving forward, Cattell and her colleagues are excited to see the next round of data from the spacecraft. Their next goal will be to figure out why this absence of whistler waves exists so close to the sun, how the electrons accelerated by the gravity-associated electric field might excite other waves, and how that impacts the solar wind.

The research was funded by NASA, and the simulation work was supported by the Minnesota Supercomputing Institute on the University of Minnesota Twin Cities campus. Parker Solar Probe is part of NASA’s Living with a Star program to explore aspects of the Sun-Earth system that directly affect life and society. The program is managed by NASA’s Goddard Space Flight Center for the Heliophysics Division of NASA’s Science Mission Directorate. The Johns Hopkins Applied Physics Laboratory in Laurel, Maryland, built and operates the Parker Solar Probe spacecraft and manages the mission for NASA.

Read the full paper, entitled “Parker Solar Probe evidence for the absence of whistlers close to the Sun to scatter strahl and to regulate heat flux,” on the Astrophysical Journal Letters website.