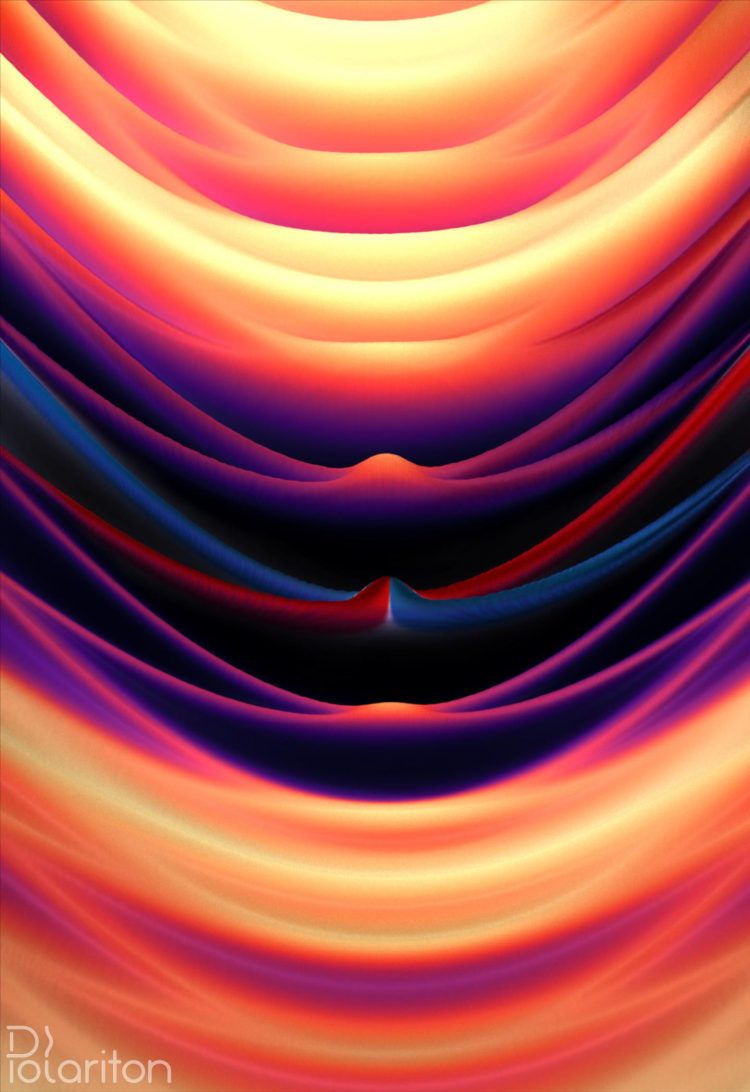 2D systems have found the widest technical applications – it is thanks to the reduced dimensions that efficient LEDs and laser diodes, fast transistors in integrated circuits, and WiFi radio amplifiers operate.

Electrons in a crystal interact with each other and with the crystal lattice, creating a complex system whose description is possible thanks to the introduction of the concept of so-called quasiparticles.

Properties of these quasiparticles, including electric charge, magnetic moment and mass, depend on the symmetry of the crystal and its spatial dimension. Physicists can create materials with reduced dimensions, discovering “quasi-universes” full of exotic quasiparticles. The massless electron in two-dimensional graphene is such an example.

The authors of the Science paper created an optical cavity in which they trapped photons between two mirrors. The original idea was to fill the cavity with a liquid crystal material that acts as an optical medium. Under the influence of an external voltage, molecules of this medium can rotate and change the optical path length.

Because of this, it was possible to create standing waves of light in the cavity, whose energy (frequency of vibrations) was different when the electric field of the wave (polarization) was directed across the molecules and different for polarization along their axis (this phenomenon is called optical anisotropy).

During the research, conducted at the University of Warsaw, the unique behavior of photons trapped in the cavity was found as they behaved like mass-bearing quasiparticles. Such quasiparticles have been observed before, but they were difficult to manipulate because the light does not react to electric or magnetic fields.

This time, it was noted that as the optical anisotropy of the liquid crystal material in the cavity was changed, the trapped photons behaved like quasiparticles endowed with a magnetic moment, or a “spin” in “artificial magnetic field”. Polarization of the electromagnetic wave played the role of “spin” for light in the cavity. The behavior of light in this system is easiest to explain using the analogy of the behavior of electrons in condensed matter.

The equations describing the motion of photons trapped in the cavity resemble the equations of motion of electrons with spin. Therefore, it was possible to build a photonic system that perfectly imitates electronic properties and leads to many surprising physical effects such as topological states of light.

The discovery of new phenomena related to the entrapment of light in optically anisotropic cavities may enable the implementation of new optoelectronic devices, e.g. optical neural networks and perform neuromorphic calculations.

There is particular promise to the prospect of creating a unique quantum state of matter – the Bose Einstein condensate. Such a condensate can be used for quantum calculations and simulations, solving problems that are too difficult for modern computers. The studied phenomena will open up new possibilities for technical solutions and further scientific discoveries.

Research covers almost all areas of modern physics, on scales from the quantum to the cosmological. The Faculty's research and teaching staff includes ca. 200 university teachers, of which 77 are employees with the title of professor. The Faculty of Physics, University of Warsaw, is attended by ca. 1000 students and more than 170 doctoral students.

http://polariton.fuw.edu.pl Webpage of the Polariton Laboratory

http://www.fuw.edu.pl/informacje-prasowe.html Press office of the Faculty of Physics, University of Warsaw.

The scheme of the experiment – circular polarization of light (marked in red and blue) transmitted through a cavity filled with liquid crystal depending on the direction of propagation. (Source: M. Krol, UW Physics)