Lasers for Fast Internet in Space – Space Technology from Aachen 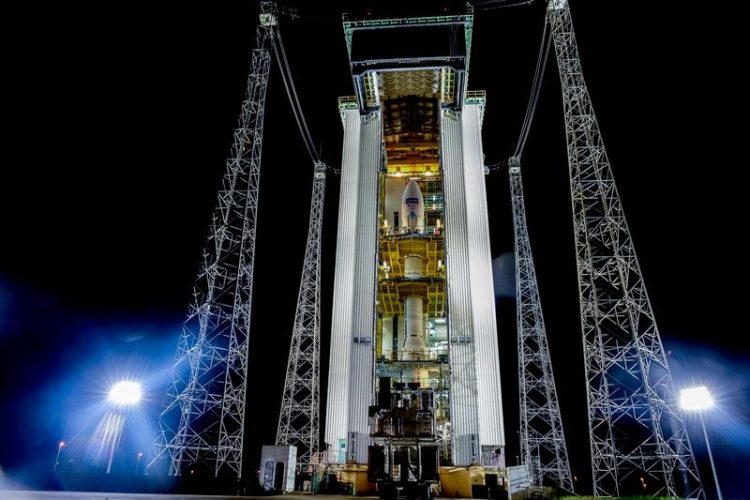 After eight years of preparation, in the early morning of June 23 the time had come: in Kourou in French Guiana, the European Space Agency launched the Sentinel-2A satellite aboard a VEGA launcher.

It is the first of two satellites which will be used to improve environmental monitoring under the European Copernicus program. To transfer the extensive image data, a new technology is being used: The data are sent to a relay satellite with a laser beam and sent from there to the ground station.

Both Sentinel-2 satellites will monitor the status of forests and farmland from space. It should also provide data on the pollution of lakes and coastal waters. Its images of floods, volcanic eruptions and landslides will be a great help to react quickly in case of disaster and to coordinate humanitarian assistance more efficiently.

In 2014 the European Space Agency ESA established a fast data connection between near-Earth satellites and those more remote. Cutting-edge laser technology enables a transfer rate of up to 1.8 Gbit/s over a maximum of 40,000 km, which is about 30 times faster than what has previously been possible. This monitoring system for environment and security, where time play a critical role, is seen as an application like the European Copernicus program.

The technology for the ground-breaking data link comes from Germany: the so-called Laser Communication Terminal (LCT) was developed by the Space Administration of the German Aerospace Center (DLR) with funds from the Federal Ministry of Economics and Technology (BMWi) and Tesat-Spacecom in charge. In collaboration with Tesat-Spacecom, Fraunhofer ILT planned, qualified and mounted the space-ready diode-laser pump module.

From conception to design, manufacture and testing, Fraunhofer ILT provides all the expertise for the development of laser and optical modules for use in the aerospace industry. This know-how is based on decades of experience in various missions and research projects.

Fraunhofer as a system provider for space components

The Fraunhofer ILT is member of the Fraunhofer Alliance for Space, a consortium of 15 institutions that operate in the field of applied research for space technology.