Home / Physics and Astronomy / Laser technology: The Turbulence and the Comb
19.06.2020

Laser technology: The Turbulence and the Comb 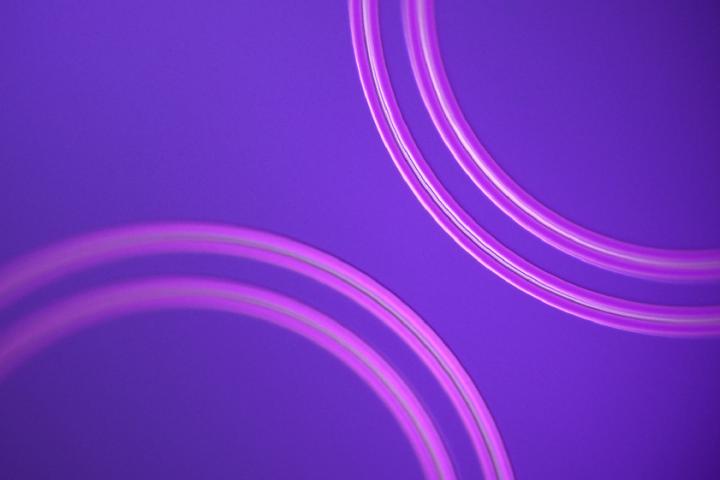 It is a very special kind of light, which can be used for important measurements: so-called frequency combs play a major role in laser research today.

While the light of an ordinary laser only has one single, well-defined wavelength, a frequency comb consists of different light frequencies, which are precisely arranged at regular distances, much like the teeth of a comb.

As it turned out, turbulences, as they are known from aerodynamics or water waves, are responsible for this particularly ordered type of light. These results have now been published in the scientific journal “Nature”.

“Actually, we were first looking for something very different in our experiments,” says Benedikt Schwarz, who researches frequency combs at TU Wien (Vienna) and Harvard University, and was awarded an ERC Starting Grant for his research in 2019.

“We were investigating circular quantum cascade lasers, which is a special type of laser that has been manufactured in our laboratories at the Institute of Solid State Electronics for years. We wanted to investigate how certain defects affect the laser light.” But much to the scientists' surprise, they found out that these circular mini-lasers can be used in a very simple way to produce frequency combs, which are composed of several light frequencies, arranged at equal distances.

“This is great for us, because this is exactly the kind of light we are looking for. Only we didn't expect to find it in this particular experiment – the success seemed to contradict current laser theory,” explains Schwarz.

If the light from a laser is to consist of different frequencies at the same time, then the light cannot be constant – it must vary in time. An oscillation is required, repeating itself in a regular pattern. Only then, a frequency comb is created.

Turbulence can Cause Chaos – or Order

“When we thought about how this oscillation could be explained, we looked for similar phenomena in other scientific fields. Eventually we came across turbulence as the driving force that causes the oscillation leading to our frequency combs,” says Benedikt Schwarz.

Turbulence is a phenomenon that arises in many very different areas: In the smoke that emerges from an extinguished candle, turbulence can be seen that leads to chaotic, unpredictable patterns. But so-called wave instabilities can be found in all types of waves. A small disturbance gets bigger and bigger and eventually dominates the dynamics of the system.

The mathematical connection between such turbulence effects and the novel laser light could finally be found by a laser theory that Nikola Opačak from the Vienna University of Technology had recently published in November 2019: “We found that this laser theory can be connected to the same mathematical equation that also describes turbulence in other scientific disciplines,” says Schwarz.

In a ring-shaped laser, wave instabilities can cause a stable frequency comb to form. In addition, there is a strong connection between different light frequencies – different frequencies are firmly coupled to each other.

The Comb as an Artificial Nose

Frequency combs play an important role in research mainly because they can be used to build tiny chemical sensors. Many molecules absorb light in the infrared range in a very characteristic way. By measuring which wavelengths are being absorbed, it is possible to determine which molecules are present. To do this, however, it is necessary to have as many different light frequencies in the infrared range available as possible – and this is exactly what an optical frequency comb provides in an ideal way.