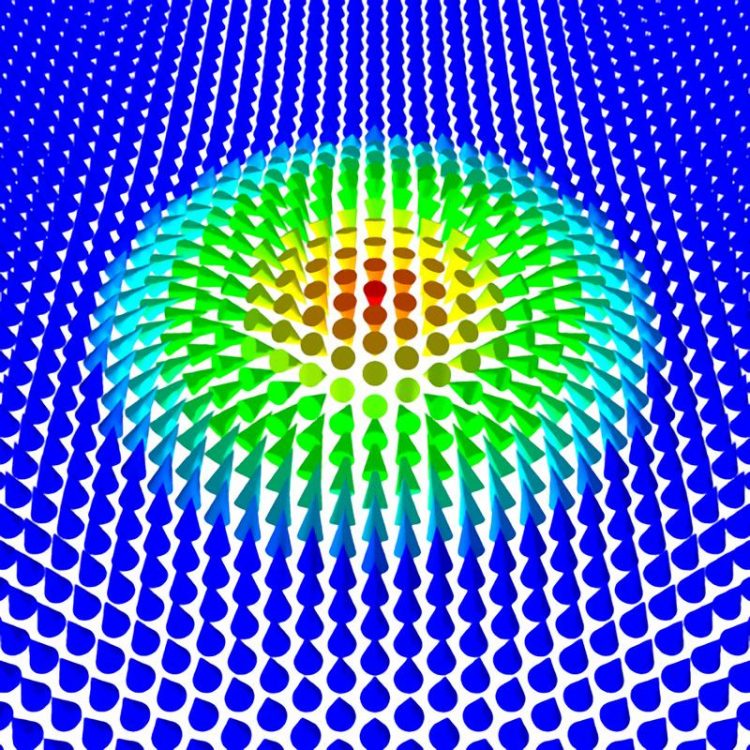 Fig. 1: Illustration of a magnetic skyrmion with a diameter of only a few nanometres in an atomically thin cobalt film. The small colored cones represent the "atomic magnets" of each cobalt atom. S. Meyer, CAU Kiel

The existence of magnetic skyrmions as particle-like objects was predicted 30 years ago by theoretical physicists, but could only be proven experimentally in 2013. Skyrmions with a diameter from micrometers to a few nanometers were discovered in different magnetic material systems.

Although they can be generated on a surface of a few atoms and manipulated with electric currents, they show a high stability against external influences. This makes them potential candidates for future data storage or logic devices.

In order to be competitive for technological applications, however, skyrmions must not only be very small, but also stable without an applied magnetic field.

Researchers at the universities of Hamburg and Kiel have now taken an important step in this direction. On the basis of quantum mechanical numerical calculations carried out on the supercomputers of the North-German Supercomputing Alliance (HLRN), the physicists from Kiel were able to predict that individual skyrmions with a diameter of only a few nanometres would appear in an atomically thin, ferromagnetic cobalt film (see Fig. 1).

“The stability of the magnetic knots in these films is due to an unusual competition between different magnetic interactions,” says Sebastian Meyer, PhD student in Prof. Stefan Heinze's research group at the Kiel University.

“So far, individual skyrmions have almost always been generated by magnetic fields. In our metal films the skyrmions occur spontaneously,” explains Kirsten von Bergmann. “For future applications in spinelectronics the skyrmions must not only be stable at extremely low temperatures, as in the metal films investigated, but also at ambient temperature. In order to realize this next step towards application, the competition between different magnetic interactions found here can make a major contribution.”