Home / Physics and Astronomy / From China to the South Pole: Joining forces to solve the neutrino mass puzzle
25.02.2020

From China to the South Pole: Joining forces to solve the neutrino mass puzzle 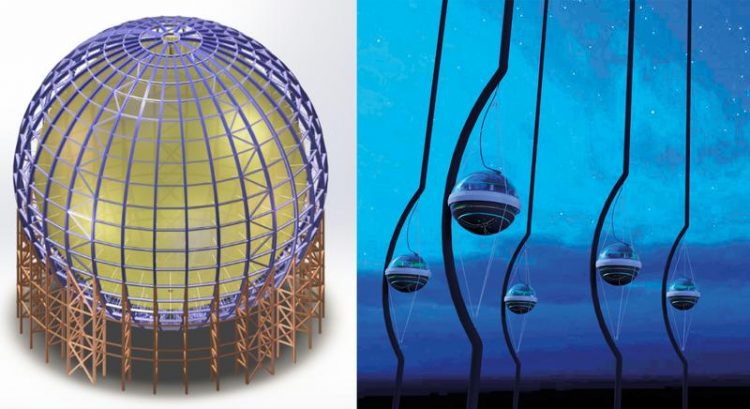 Among the most exciting challenges in modern physics is the identification of the neutrino mass ordering. Physicists from the Cluster of Excellence PRISMA+ at Johannes Gutenberg University Mainz (JGU) play a leading role in a new study that indicates that the puzzle of neutrino mass ordering may finally be solved in the next few years.

This will be thanks to the combined performance of two new neutrino experiments that are in the pipeline – the Upgrade of the IceCube experiment at the South Pole and the Jiangmen Underground Neutrino Observatory (JUNO) in China.

They will soon give the physicists access to much more sensitive and complementary data on the neutrino mass ordering.

Neutrinos are the chameleons among elementary particles

Neutrinos are produced by natural sources – in the interior of the sun or other astronomical objects, for example – but also in vast quantities by nuclear power plants.

However, they can pass through normal matter – such as the human body – practically unhindered without leaving a trace of their presence. This means that extremely complex methods requiring the use of massive detectors are needed to observe the occasional rare reactions in which these ‘ghost particles’ are involved.

Neutrinos come in three different types: electron, muon and tau neutrinos. They can change from one type to another, a phenomenon that scientists call ‘neutrino oscillation’. It is possible to determine the mass of the particles from observations of the oscillation patterns.

For years now, physicists have been trying to establish which of the three neutrinos is the lightest and which is the heaviest. Prof. Michael Wurm, a physicist at the PRISMA+ Cluster of Excellence and the Institute of Physics at JGU, who is playing an instrumental role in setting up the JUNO experiment in China, explains:

“We believe that answering this question will contribute significantly towards enabling us to gather long-term data on the violation of matter-antimatter symmetry in the neutrino sector. Then, using this data, we hope to find out once and for all why matter and anti-matter did not completely annihilate each other after the Big Bang.”

Both large-scale experiments use very different and complementary methods in order to solve the puzzle of the neutrino mass ordering. “An obvious approach is to combine the expected results of both experiments,” points out Prof. Sebastian Böser, also from the PRISMA+ Cluster of Excellence and the Institute of Physics at JGU, who researches neutrinos and is a major contributor to the IceCube experiment.

No sooner said than done. In the current issue of the journal Physical Review D, researchers from the IceCube and the JUNO collaboration have published a combined analysis of their experiments. For this, the authors simulated the predicted experimental data as a function of the measuring time for each experiment.

The results vary depending on whether the neutrino masses are in their normal or reversed (inverted) order. Next, the physicists carried out a statistical test, in which they applied a combined analysis to the simulated results of both experiments.

This revealed the degree of sensitivity with which both experiments combined could predict the correct order, or rather rule out the wrong order. As the observed oscillation patterns in JUNO and IceCube depend on the actual neutrino mass ordering in a way specific to each experiment, the combined test has a discriminating power significantly higher than the individual experimental results.

The combination will thus permit to definitively rule out the incorrect neutrino mass ordering within a measuring period of three to seven years.

“In this case, the whole really is more than the sum of its parts,” concludes Sebastian Böser. “Here we have clear evidence of the effectiveness of a complementary experimental approach when it comes to solving the remaining neutrino puzzles.” “No experiment could achieve this by itself, whether it’s the IceCube Upgrade, JUNO or any of the others currently running,” adds Michael Wurm. “Moreover it just shows what neutrino physicists here in Mainz can achieve by working together.”

IceCube and its Upgrade

IceCube is the largest particle detector in the world. It was completed in December 2010 and has been collecting data on neutrinos arriving from space ever since. It extends over one cubic kilometer of ice and is located directly adjacent to the Amundsen-Scott Station at the geographical South Pole. IceCube is composed of 86 cables, each with 60 glass spheres attached, which extend to depths of 1.45 to 2.45 kilometers.

These spheres contain highly sensitive light sensors that are able to detect the bluish Cherenkov light generated by neutrino reactions. The existing 5,160 sensors will be supplemented during the Upgrade with a further 700 new sensors that will be attached in close proximity to one another on seven cable runs. They will be installed approximately 1.6 kilometers below the center of the current detector and particularly increase the number of events detected at lower energies.

The JUNO detector (Jiangmen Underground Neutrino Observatory) is currently being constructed in a purpose-built underground lab, which is located some 50 kilometers from two reactor complexes on the southern coast of China. The neutrinos emitted by the reactors will be registered in the form of small light flashes in the liquid scintillator target located at the center of the detector. 20,000 tons of the transparent oil-like liquid are contained in an acrylic sphere with a diameter of 35 meters, the surface of which is covered by a dense array of light sensors. Deep underground, JUNO is carefully shielded from natural radioactivity and cosmic rays.