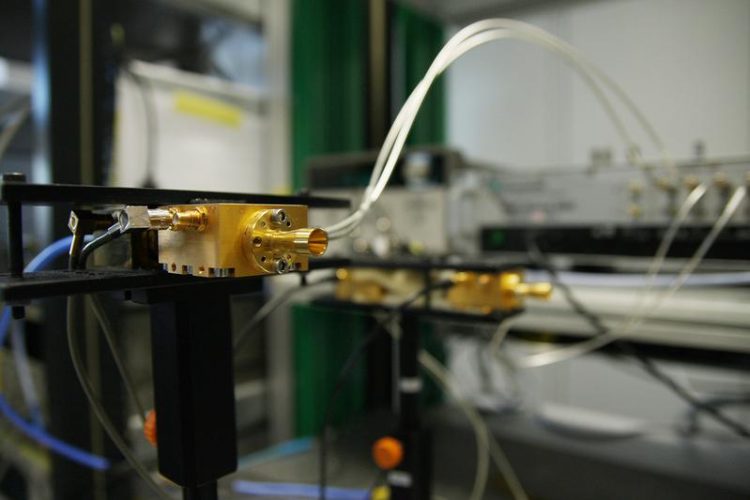 Today it is already evident that the next generation of mobile wireless technology (5G) and the underlying fiber optical network will not be able to cover requirements indefinitely. Bottlenecks will be unavoidable, especially in rural areas where the cost of installing fiber optical networks is significantly higher than in metropolitan areas.

Fraunhofer HHI, as one of the world's leading research institutes in the development of innovative telecommunication systems, is therefore conducting intensive research into Terahertz technology as a possible solution. These technologies are based on wireless transmission of data at high carrier frequencies and thus support transmission capacities of several 100 Gbit/s.

Dr.-Ing. Robert Elschner, head of internal Terahertz research activities at the Fraunhofer HHI Photonic Networks and Systems department, explains: “We were able to achieve stable, continuous operation of the system for more than 70 hours. This is a significant milestone for wireless Terahertz technology.”

Dr. rer. nat. Colja Schubert, head of the responsible research group “Submarine and Core Systems” at Fraunhofer HHI, is confident that the rate and distance of transmission can be increased even further: “It should be possible to realize data rates of 400 Gbit/s and more over short distances. Using optimized antennas we'll be able to span distances of up to 1 km.”

Internal research projects and efforts in collaboration with international partners in the publicly funded EU project TERRANOVA (www.ict-terranova.eu) are driving research into THz technology at Fraunhofer to market-readiness.