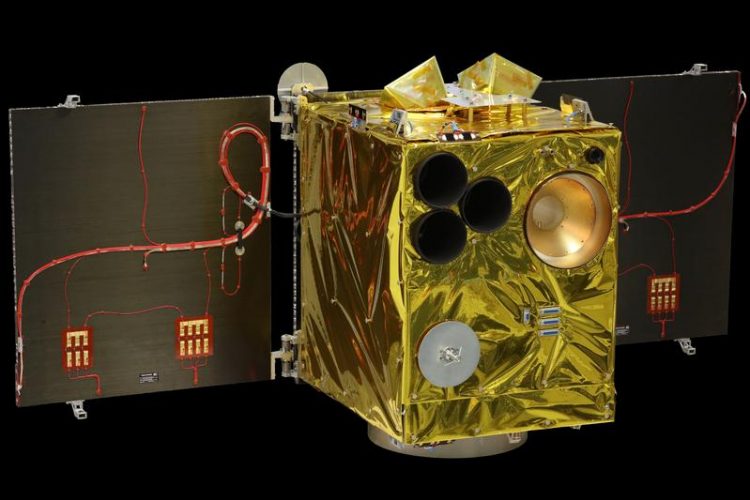 Sabine Klinkner, Professor of Satellite Technology at the Institute of Space Systems (IRS) at the University of Stuttgart says “The satellite and its components are working excellently. The fact that the systems are so reliable and the way that students have been so fascinated by the project has encouraged us to carry on operating the Flying Laptop for longer than was originally planned and to take on new tasks.” So far, more than 170 students and 25 doctoral students have benefited from being able to use the Flying Laptop as a study tool.

The university’s eye in the sky – data transfer by laser

The Flying Laptop carries out tasks in the field of earth observation and is useful in testing new technologies. The University of Stuttgart works together with the German Aerospace Center to test the transfer of data from the OSIRIS terminal on the Flying Laptop to the ground station in Oberpfaffenhofen via laser link.

The satellite passes over Stuttgart two to three times every day and every night. As it passes, it aims its antennae at the ground station. At the same time, it receives its commands about which measurements are to be taken, and the results of the measurements already taken are sent back to Earth.

The satellite is carrying out tasks almost 24 hours a day. It is monitored in the control center at the Institute of Space Systems by the operations team, made up of students and doctoral students. Since the satellite first went into space, it has orbited the Earth around 10,000 times and sent back about 25,000 images.

It receives and analyses signals from ships and documents a Malaysian plantation and conducts experiments to determine the condition it is in, among other things. With the mission being extended, the new tasks to be carried out by the satellite include observing items of space junk, measuring the Earth’s albedo rays using images of the Moon, investigating the effects of radiation and atmospheric deceleration depending on the direction the satellite is facing and the ambient conditions.

The Flying Laptop is the largest small satellite launched by a German university to date, and at 110 kilos in weight it is also the largest and most complex system to have been developed by students and doctoral students. The satellite was developed and verified according to the same standards and using the same tools as used in the aerospace industry. It is also largely operated using the same tools as with satellites used for commercial purposes.

The satellite is “one-fault tolerant”, meaning that regardless of where in the system a fault may occur, the satellite always has a functioning backup, which enables it to investigate the fault and to remedy it or to move it to redundant components as far as possible.

The Flying Laptop was first conceived in 2004 by Prof. Hans-Peter Röser at the University of Stuttgart as part of his small satellite program. In 2009, the satellite’s mission was then redefined with the current mission objectives, and work on developing the satellite began. In January 2015, the project was taken over by Prof. Sabine Klinkner in her new position as Professor of Satellite Technology. At 8:36 AM CEST on July 14, 2017, the Flying Laptop was launched into space on board a Soyuz/Fregat rocket from the Baikonur cosmodrome in Kazakhstan. After just four days all systems had been set up in space, and just one day later the first picture could be downloaded.

Facts and statistics:
The Flying Laptop is about the size of a washing machine, cube-shaped with two solar panels folded out.