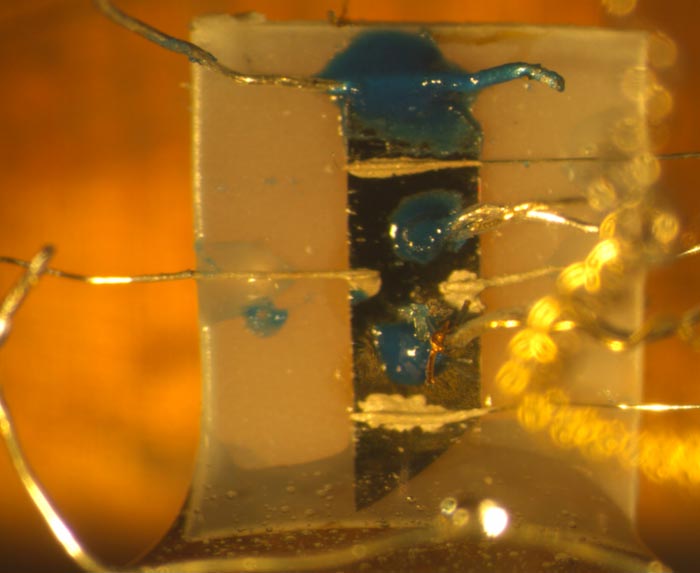 The central principle of superconductivity is that electrons form pairs. But can they also condense into foursomes?

Recent findings have suggested they can, and a physicist at KTH Royal Institute of Technology today published the first experimental evidence of this quadrupling effect and the mechanism by which this state of matter occurs.

Reporting today in Nature Physics, Professor Egor Babaev and collaborators presented evidence of fermion quadrupling in a series of experimental measurements on the iron-based material, Ba1−xKxFe2As2. The results follow nearly 20 years after Babaev first predicted this kind of phenomenon, and eight years after he published a paper predicting that it could occur in the material.

The pairing of electrons enables the quantum state of superconductivity, a zero-resistance state of conductivity which is used in MRI scanners and quantum computing. It occurs within a material as a result of two electrons bonding rather than repelling each other, as they would in a vacuum. The phenomenon was first described in a theory by, Leon Cooper, John Bardeen and John Schrieffer, whose work was awarded the Nobel Prize in 1972.

So-called Cooper pairs are basically “opposites that attract”. Normally two electrons, which are negatively-charged subatomic particles, would strongly repel each other. But at low temperatures in a crystal they become loosely bound in pairs, giving rise to a robust long-range order. Currents of electron pairs no longer scatter from defects and obstacles and a conductor can lose all electrical resistance, becoming a new state of matter: a superconductor.

Only in recent years has the theoretical idea of four-fermion condensates become broadly accepted.

For a fermion quadrupling state to occur there has to be something that prevents condensation of pairs and prevents their flow without resistance, while allowing condensation of four-electron composites, Babaev says.

The Bardeen-Cooper-Schrieffer theory didn’t allow for such behavior, so when Babaev’s experimental collaborator at Technische Universtät Dresden, Vadim Grinenko, found in 2018 the first signs of a fermion quadrupling condensate, it challenged years of prevalent scientific agreement.

What followed was three years of experimentation and investigation at labs at multiple institutions in order to validate the finding.

Babaev says that key among the observations made is that fermionic quadruple condensates spontaneously break time-reversal symmetry. In physics time-reversal symmetry is a mathematical operation of replacing the expression for time with its negative in formulas or equations so that they describe an event in which time runs backward or all the motions are reversed.

“However, in the case of a four-fermion condensate that we report, the time reversal puts it in a different state,” he says.

“It will probably take many years of research to fully understand this state,” he says. “The experiments open up a number of new questions, revealing a number of other unusual properties associated with its reaction to thermal gradients, magnetic fields and ultrasound that still have to be better understood.”