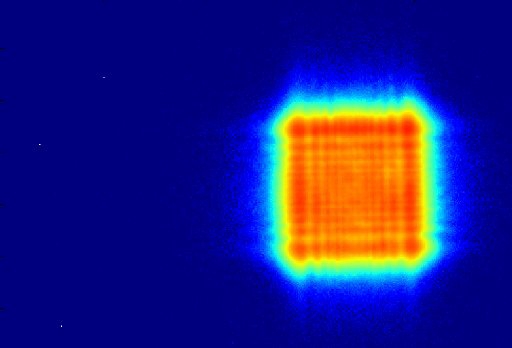 The X-ray laser produces extremely bright and short X-ray flashes that, with the help of specialised experiment stations, allow scientists to gain completely new insights into the atomic details and processes of the nanoworld. First experiments are now possible and have started for commissioning purposes; user operation with scientific research is scheduled to begin in September.

Prof. Martin Meedom Nielsen, chairman of the European XFEL Council said: “The member states are very pleased and excited about the great achievements made at the European XFEL, which mean we can now start the operation phase of this world-leading X-ray science facility. This major milestone has been eagerly awaited by the international user community, who are busily preparing for experiments that will break new scientific ground. I would like to express my sincere appreciation to the European XFEL management and staff, and to the accelerator consortium led by DESY, for their dedication and hard work.”

“Since successfully producing the first laser light in May, DESY and European XFEL have continued to make significant progress. I am very pleased that we have met the requirements to start research at the X-ray laser,” said European XFEL Managing Director Prof. Robert Feidenhans’l.

In order to qualify for the transition from commissioning to operation phase, the facility had to meet a number of pre-determined technical requirements. These requirements state that the pulses of the X-ray laser at a wavelength of maximally two Ångströms (0.2 nanometres) reach a typically high intensity and remain stable. In addition, the two experiment stations of the first beamline should be sufficiently equipped so that first scientific experiments can be carried out.

Other developments since producing the first laser light in May, include producing short waved so-called hard X-rays, successfully guiding the X-ray beam via special mirrors into the experiment hutches, and commissioning a number of highly specialised instruments for characterizing the properties of the X-ray beam. Directly after the first X-ray beam was guided into the hutches on 23 June, teams at European XFEL started with the characterisation of the beam and experiments for the commissioning of the instruments.

With a wavelength of initially two Ångströms and the required peak light intensity, the X-ray light will allow the recording of atomic detail. At two experiment stations first experiments are now possible: At the instrument FXE (Femtosecond X-ray Experiments), that is designed for the research of extremely fast processes, and at the instrument SPB/SFX (Single Particles, Clusters, and Biomolecules / Serial Femtosecond Crystallography), designed for studying biomolecules and biological structures.

The official opening of the international facility will take place on 1 September and the first scientific users are expected within the weeks following that. Project proposals for the first round of beamtime have been evaluated by international committees of experts over the past few weeks. Successful submissions will be announced shortly.

“We look forward to welcoming the first external users to our research campus in Schenefeld very soon”, adds Feidenhans’l.

European XFEL will continue with completing the construction of two additional X-ray light producing systems (undulators), the associated beamlines into the experiment hall and four more experiment stations. At the same time the average intensity of the X-ray laser beam will be increased step-by-step up to the target pulse rate of 27,000 pulses per second, making the European XFEL unique worldwide.

The European XFEL, currently being commissioned in the Hamburg area, is an international research facility of superlatives: 27,000 X-ray flashes per second and a brilliance that is a billion times higher than that of the best conventional X-ray sources will open up completely new opportunities for science. Research groups from around the world will be able to map the atomic details of viruses, decipher the molecular composition of cells, take three-dimensional “photos” of the nanoworld, “film” chemical reactions, and study processes such as those occurring deep inside planets. The construction and operation of the facility is entrusted to the European XFEL GmbH, a non-profit company that cooperates closely with the research centre DESY and other organisations worldwide. The company, which has a workforce of about 300 employees, expects to start user operation of the facility in the second half of 2017. With construction and commissioning costs of 1.22 billion euro (at 2005 price levels) and a total length of 3.4 kilometres, the European XFEL is one of the largest and most ambitious European research projects to date. At present, 11 countries have signed the European XFEL convention: Denmark, France, Germany, Hungary, Italy, Poland, Russia, Slovakia, Spain, Sweden, and Switzerland. The United Kingdom is in the process of joining.