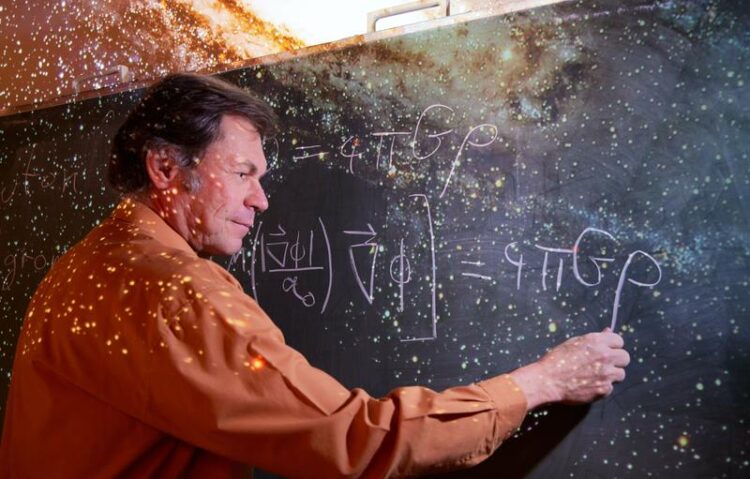 An international team of astrophysicists has made a puzzling discovery while analyzing certain star clusters.

The University of Bonn played a major role in the study. The finding challenges Newton’s laws of gravity, the researchers write in their publication. Instead, the observations are consistent with the predictions of an alternative theory of gravity. However, this is controversial among experts. The results have now been published in the Monthly Notices of the Royal Astronomical Society.

In their work, the researchers investigated the so-called open star clusters. These are formed when thousands of stars are born within a short time in a huge gas cloud. As they “ignite,” the galactic newcomers blow away the remnants of the gas cloud. In the process, the cluster expands considerably. This creates a loose formation of several dozen to several thousand stars. The weak gravitational forces acting between them hold the cluster together.

“In most cases, open star clusters survive only a few hundred million years before they dissolve,” explains Prof. Dr. Pavel Kroupa of the Helmholtz Institute of Radiation and Nuclear Physics at the University of Bonn. In the process, they regularly lose stars, which accumulate in two so-called “tidal tails.” One of these tails is pulled behind the cluster as it travels through space. The other, in contrast, takes the lead like a spearhead.

“According to Newton’s laws of gravity, it’s a matter of chance in which of the tails a lost star ends up,” explains Dr. Jan Pflamm-Altenburg of the Helmholtz Institute of Radiation and Nuclear Physics. “So both tails should contain about the same number of stars. However, in our work we were able to prove for the first time that this is not true: In the clusters we studied, the front tail always contains significantly more stars nearby to the cluster than the rear tail.”

Until now, it has been almost impossible to determine from among the millions of stars close to a cluster those that belong to its tails. “To do this, you have to look at the velocity, direction of motion and age of each of these objects,” explains Dr. Tereza Jerabkova. The co-author of the paper, who did her doctorate in Kroupa’s group, recently moved from the European Space Agency (ESA) to the European Southern Observatory in Garching. She developed a method that allowed her to accurately count the stars in the tails for the first time. “So far, five open clusters have been investigated near us, including four by us,” she says. “When we analyzed all the data, we encountered the contradiction with the current theory. The very precise survey data from ESA’s Gaia space mission were indispensable for this.”

The observational data, in contrast, fit much better with a theory that goes by the acronym MOND (“MOdified Newtonian Dynamics”) among experts. “Put simply, according to MOND, stars can leave a cluster through two different doors,” Kroupa explains. “One leads to the rear tidal tail, the other to the front. However, the first is much narrower than the second – so it’s less likely that a star will leave the cluster through it. Newton’s theory of gravity, on the other hand, predicts that both doors should be the same width.”

The team calculated the stellar distribution expected according to MOND. “The results correspond surprisingly well with the observations,” highlights Dr. Ingo Thies, who played a key role in the corresponding simulations. “However, we had to resort to relatively simple computational methods to do this. We currently lack the mathematical tools for more detailed analyses of modified Newtonian dynamics.” Nevertheless, the simulations also coincided with the observations in another respect: They predicted how long open star clusters should typically survive. And this time span is significantly shorter than would be expected according to Newton’s laws. “This explains a mystery that has been known for a long time,” Kroupa points out. “Namely, star clusters in nearby galaxies seem to be disappearing faster than they should.”

However, the MOND theory is not undisputed among experts. Since Newton’s laws of gravity would not be valid under certain circumstances, but would have to be modified, this would have far-reaching consequences for other areas of physics as well. “Then again, it solves many of the problems that cosmology faces today,” explains Kroupa, who is also a member of the Transdisciplinary Research Areas “Modelling” and “Matter” at the University of Bonn. The team is now exploring new mathematical methods for even more accurate simulations. They could then be used to find further evidence as to whether the MOND theory is correct or not.