Always on beat: ultrashort flashes of light under optical control 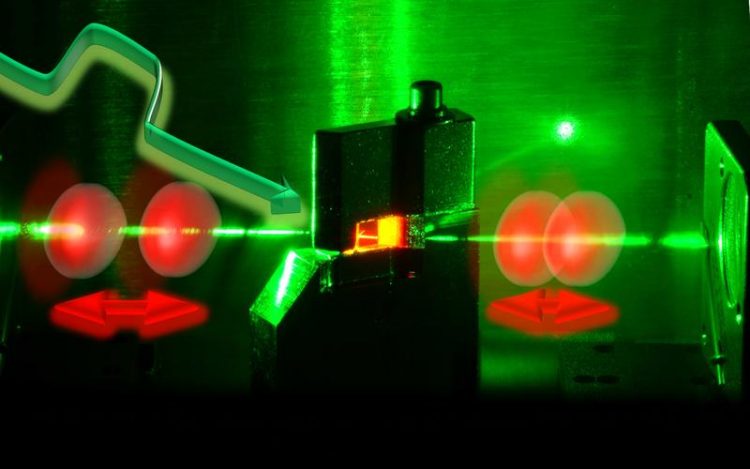 Laser pulses have long been utilized in research laboratories, industrial production, and medical therapies. In these applications it is often crucial that the pulses – also known as optical solitons – occur at certain intervals.

Using a special high-speed measurement technique, the researchers have now been able to show how a short-pulse laser widely applied in research can be made to automatically generate pairs of light pulses separated by the desired interval.

All that is required are small disturbances in the green optical “pump beam” (which generates the laser pulses) triggered by electric signals.

This opens up an exciting new area of research with a yet unforeseeable range of possible applications,” said Prof. Dr. Georg Herink from Bayreuth, corresponding author of the new study. “At the right frequency, a tiny external modulation of the laser is all you need, and ultrashort laser pulses are set into reciprocal, resonant oscillation.

Similar phenomena can be observed in water molecules heated in the microwave,” added lead author Felix Kurtz from Göttingen.

The newly published findings show that in the future, ultra-short pulse lasers will not only be considered as a tool, but also remain a fascinating object of research.