Home / Physics and Astronomy / A new path for electron optics in solid-state systems
15.07.2020

A new path for electron optics in solid-state systems 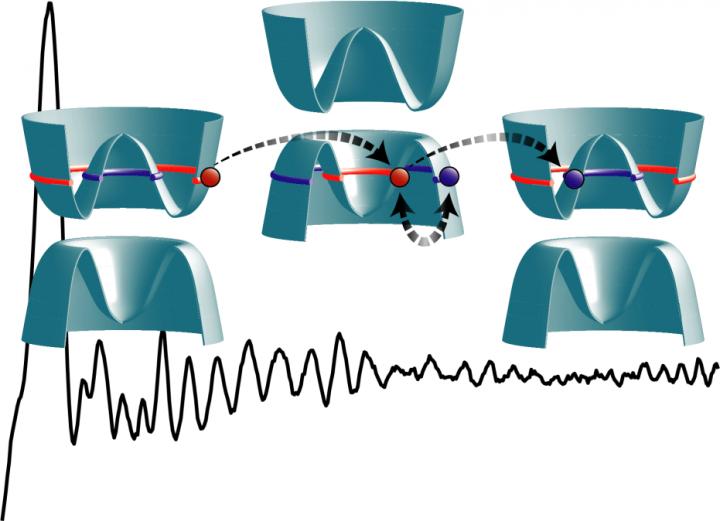 Electrons can interfere in the same manner as water, acoustical or light waves do. When exploited in solid-state materials, such effects promise novel functionality for electronic devices, in which elements such as interferometers, lenses or collimators could be integrated for controlling electrons at the scale of mirco- and nanometres.

However, so far such effects have been demonstrated mainly in one-dimensional devices, for example in nanotubes, or under specific conditions in two-dimensional graphene devices.

Writing in Physical Review X, a collaboration including the Department of Physics groups of Klaus Ensslin, Thomas Ihn and Werner Wegscheider in the Laboratory for Solid State Physics and Oded Zilberberg at the Institute of Theoretical Physics, now introduces a novel general scenario for realizing electron optics in two dimensions.

The main functional principle of optical interferometers is the interference of monochromatic waves that propagate in the same direction.

In such interferometers, the interference can be observed as a periodic oscillation of the transmitted intensity on varying the wavelength of the light.

The same arguments apply to the interference of matter waves as described by quantum mechanics, and in particular to interferometers in which electrons interfere.

As part of their PhD projects, experimentalist Matija Karalic and theorist Antonio Štrkalj have investigated the phenomenon of electronic interference in a solid-state system consisting of two coupled semiconductor layers, InAs and GaSb.

They discovered that the band inversion and hybridization present in this system provide a novel transport mechanism that guarantees non-vanishing interference even when all angles of incidence occur.

Through a combination of transport measurements and theoretical modelling, they found that their devices operate as a Fabry-Pérot interferometer in which electrons and holes form hybrid states and interfere.

The significance of these results goes firmly beyond the specific InAs/GaSb realization explored in this work, as the reported mechanism requires solely the two ingredients of band inversion and hybridization. Therefore new paths are now open for engineering electron-optical phenomena in a broad variety of materials.