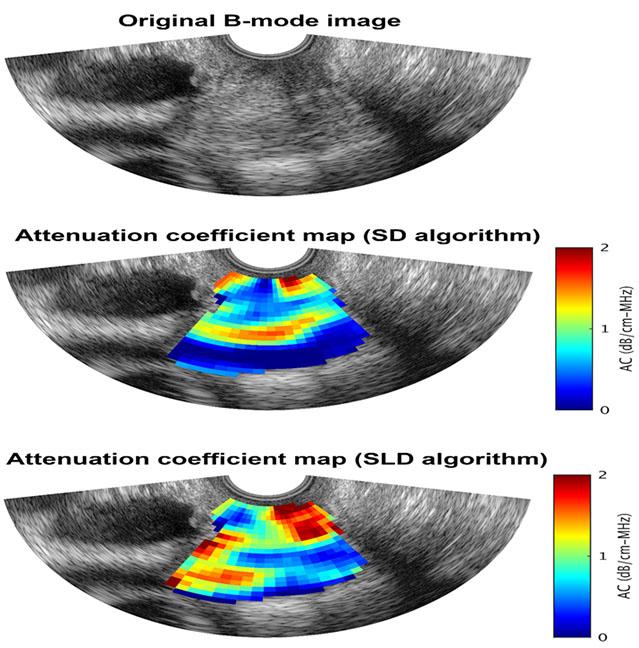 Ultrasound can be used to examine cervix tissue and improve diagnostics, which is essential for predicting preterm births. Ultrasound data is used to compare two techniques for evaluating changes in cervical tissue throughout pregnancy.

“Comparison of two spectral-based techniques for estimating the attenuation coefficient from human cervix” is part of a session on biomedical acoustics and the application of quantitative ultrasound in humans.

Ziyang Xu, Aiguo Han, Douglas G. Simpson, W.D. O'Brien, Jr. and Barbara L. McFarlin are looking at ultrasonic attenuation coefficients that can help scientists characterize cervical changes throughout pregnancy and in preparation for birth before other symptoms, such as contractions or dilation, occur.

“Our research is based upon the biology of cervical changes in preparation for labor and childbirth, namely collagen remodeling. Ultrasonic attenuation is sensitive to these changes, as during pregnancy the collagen fibers are tightly packed and have a high attenuation,” said McFarlin.

“In preparation for labor and birth, there is increased collagen disorganization, increased water content and inflammation of the cervix, with low ultrasonic attenuation.”

After gathering data on the two ultrasound techniques, the authors identified which performed better when it came to detecting cervical changes.

“This ASA presentation primarily evaluates the agreement in attenuation coefficient estimates between the two spectral-based techniques without referring to clinical outcomes. Future research is needed to evaluate the two techniques in terms of the ability to improve clinical diagnostics,” said Han.

Han's presentation 2pBAb9, “Comparison of two spectral-based techniques for estimating the attenuation coefficient from human cervix,” will be at 3:50 p.m. PT, Tuesday, Dec. 3, in the Garden room of the Hotel del Coronado in San Diego.

In the coming weeks, ASA's Worldwide Press Room will be updated with additional tips on dozens of newsworthy stories and with lay language papers, which are 300-500 word summaries of presentations written by scientists for a general audience and accompanied by photos, audio and video. You can visit the site during the meeting at http://acoustics.org/world-wide-press-room/.

We will grant free registration to credentialed journalists and professional freelance journalists. If you are a reporter and would like to attend, contact the AIP Media Line at 301-209-3090. For urgent requests, staff at media@aip.org can also help with setting up interviews and obtaining images, sound clips or background information.

Press briefings will be webcast live from the conference Tuesday, Dec. 3, in Hospitality Suite 3103 of the Hotel del Coronado in San Diego. Register at https://webcast.aipwebcasting.com/go/asa-dec3-19 to watch the live webcast. The schedule will be posted at the same site as soon as it is available.

ABOUT THE ACOUSTICAL SOCIETY OF AMERICA

The Acoustical Society of America (ASA) is the premier international scientific society in acoustics devoted to the science and technology of sound. Its 7,000 members worldwide represent a broad spectrum of the study of acoustics. ASA publications include The Journal of the Acoustical Society of America (the world's leading journal on acoustics), Acoustics Today magazine, books, and standards on acoustics. The society also holds two major scientific meetings each year. For more information about ASA, visit our website at http://www.acousticalsociety.org.