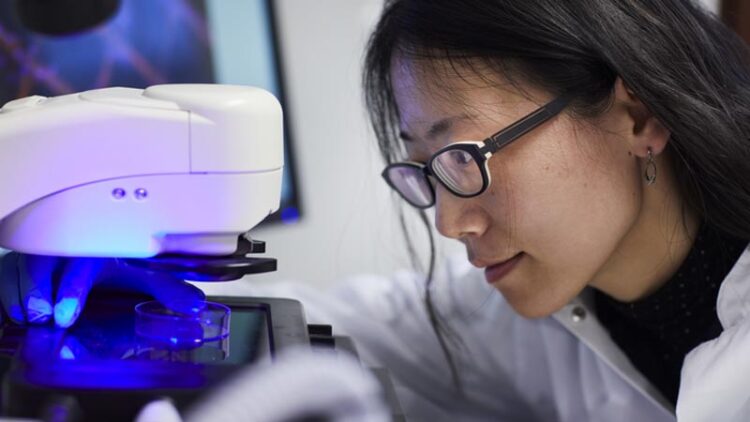 A new research project at Aarhus University aims to find new forms of treatment for diseases such as multiple sclerosis, which breaks down myelin and nerve fibres, by developing new, artificial nerve fibres.

Multiple sclerosis is an autoimmune disease in which the body’s own immune cells attack myelin in the brain and spinal cord. Myelin or the myelin sheath is a protective layer of fat that insulates nerve fibres, much like plastic around an electrical cord. The sheath makes sure that nerve impulses are transferred quickly through the body.

When myelin is broken down, the impulses are either transferred more slowly or not at all, and this leads to functional impairment, or even loss for the patient.

Myelin in the central nervous system can be restored via remyelination by special cells in the brain called oligodendrocytes. This process stops working effectively with age though. Today, multiple sclerosis can only be delayed by medication.

However, a new research project at Aarhus University is aiming for a radical new form of treatment for this hereditary and serious disease. The aim of the project is to use electro-spun fibres to establish new, artificial, myelinated nerve fibres.

“We’re building a top-down model via so-called electrohydrodynamic spinning; a very versatile, but complex nanotechnological process that is combined with microfluidics technology for this project. The objective is to spin complete, myelinated nerve Impulse transmission pathways down to nanoscale,” says Associate Professor Menglin Chen from the Department of Biological and Chemical Engineering.

For this project, Menglin Chen aims to spin nerve fibres at cellular size with a fully formed myelin sheath. She has just received a grant of DKK 2 million from the Lundbeck Foundation’s LF Experiment programme, which supports unique, ground-breaking research ideas with potential to transform our understanding of an important field of research.

“It’s the first time anyone has tried to spin artificial nerve fibres using this method, but I’m optimistic. The project also provides important insight into the pathological mechanisms that follow from multiple sclerosis at single nerve-fibre scale, and I hope that we will have a completely new diagnosis and treatment method in a few years,” she says.

The research project is scheduled for two years, and the project will start in the spring of 2023.