Protective ventilation: computational lung model could significantly reduce the number of deaths from Covid-19 and ARDS 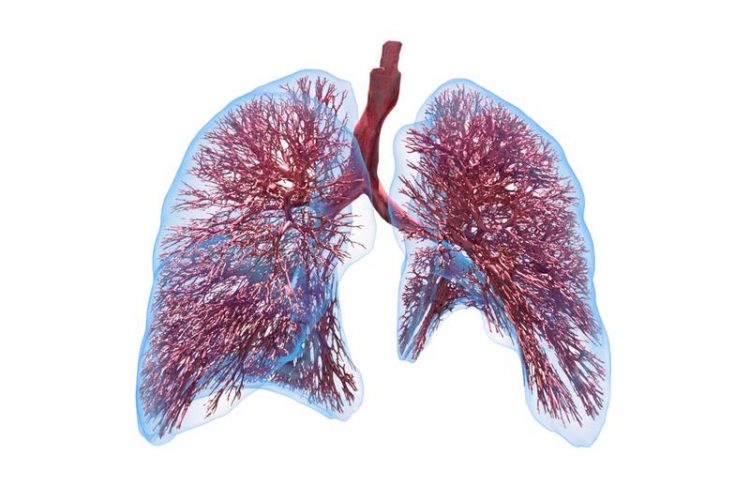 The computational lung model provides a better understanding of the complexities of lung function and processes – even down to the microscopic level. Jakob Richter / TUM

But the situation is paradoxical: at the same time that medical teams employ ventilation to keep a patient’s lungs open to ensure the continuous exchange of oxygen and CO2, the ventilation pressure can cause such severe damage to the lungs that it results in the patient’s death.

Doctors treating patients for acute respiratory problems have a limited range of parameters to work with when determining the best protocol for mechanical ventilation – pressure limits, oxygen level and air flow, for example.

But the lung is a complex organ, and the amount of pressure necessary to keep all parts of the lung open to airflow can actually cause damage to some parts through overdistention of the tissue.

Additionally, doctors need to minimize repeated recruitment and derecruitment of parts of the lungs during mechanical ventilation, since both can irritate the lung tissue and trigger inflammation.

According to researcher Wolfgang Wall, Professor for Computational Mechanics at TUM, “The real crux of the problem is that when we’re treating a patient using mechanical ventilation, up until now, there hasn’t been any way to detect overdistention of the lung tissue. From the main bronchial tubes through to the tiniest structures in the lungs, there are more than 20 levels of branching. Currently, there’s no method for measuring what’s happening in the smallest, microlevel branches of the lung during artificial respiration.”

Although some medical texts still – inaccurately – portray the lung’s air sacs (alveoli) as similar to grapevines and bunches of grapes, lung tissue actually has a more sponge-like consistency. And it’s through this fine-walled tissue where the exchange between the air and the bloodstream occurs.

Breathing comprises an extremely complex mechanical interaction between the different types of tissue, the liquid film on the tissue and the flow of air.

For several years, TUM researchers have been working to develop ever-more sophisticated models to simulate the behavior of lung tissue and airflow. Together with improved methods of micromechanical testing on lung tissue samples, their research has resulted in the creation of a computational lung model.

This model is the basis of a computer program which can calculate the local strains which would be placed on the lung’s microlevel tissues by different ventilator settings. Having these data at hand, medical staff and doctors can adjust the ventilator settings accordingly to provide a protective ventilation.

The current clinical standards guiding treatment with mechanical ventilation use a patient’s body weight to determine optimal ventilator pressure settings. However, the program developed by Prof. Wall and his team models the actual lung based on data compiled from a CT lung scan. It even considers the condition of individual areas of the lung that have already been damaged by the disease or previous injuries.

Parallel to continuing his working group’s research together with clinical partners, Prof. Wall and three former colleagues founded the company “Ebenbuild” to bring their research into clinical practice as quickly as possible.

A key step in realizing this goal was automating the generation of lung models using artificial intelligence (AI). Prof. Wall and his team have harnessed the computing power of AI to developed a digital tool that can “map” a patient’s lungs – and which can even be used for early detection of COVID-19 infections.

“More than 80 percent of COVID-19 deaths are the result of acute lung failure,” says Prof. Wall. “And with long-term mechanical ventilation, the survival rate for our most critically ill patients drops to only 50 percent,” he adds. “The goal of our work is that in the future, at each ventilation site a digital lung model helps to optimize the ventilation to the patient’s needs so that we can significantly increase the chance of survival.”

This research was sponsored by the Deutsche Forschungsgemeinschaft (DFG, German Research Foundation). The founding of the company, Ebenbuild, was supported under the auspices of the EXIST Program, which is financed by the German Federal Ministry for Economic Affairs and Energy. Basis model calculations were conducted at the Leibniz Supercomputing Centre of the Bavarian Academy of Sciences and Humanities, located at the research campus Garching.