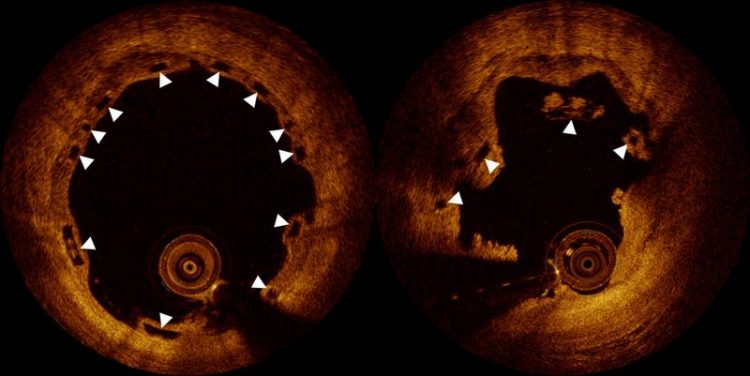 Since the first successful use of a balloon catheter in 1977, researchers worldwide have been searching for the ideal stent for treatment of constricted coronary vessels. Great hopes were placed on a stent made of lactic acid, approved in 2011, which completely dissolves within three to four years. Yet, studies this year show that the bio stent does not live up to its promise, but even increases the risk of further heart attacks in the medium term. Bern cardiologists are now finding out why that is.

When «Bio» makes you ill

As with the bio stent, no foreign body remains in the vessel, it was originally hoped that irritations of the vessel walls would occur less frequently. The vessel should regenerate itself. However, the most recent studies on stents now show that bio stents lead to significantly more complications than the usual metal stents – particularly even more than a year after implantation. As a consequence, the manufacturer took the product off the market worldwide a few weeks ago.

It was initially unclear why complications occurred. Now, researchers at Bern University Hospital have discovered the cause, under the leadership of cardiologist Prof. Dr. Lorenz Räber. The cardiologists at Bern University Hospital examined 36 patients, in cooperation with universities in Europe and Asia, who suffered from late bio-stent blockages beyond one year after implantation. The cause was only detectable by high-resolution imaging called optical coherence tomography. This technology provides nearly microsopic images from the inside of the blocked stent.

«The findings were surprising», says Lorenz Räber. «Although the stents were implanted correctly, we realized that stent fragments had penetrated the inside of the vessel.» Actually, the stent is doing what it was conceived for: It is dissolving into individual fragments. «However, if these fragments have not yet completely grown into the vessel wall, they can get into the bloodstream, potentially leading to dangerous blood clot formation, and subsequently to a heart attack.»

«As a direct consequence of these results, we recommend our patients with bio stents to continue with two blood thinner medications. And this for three to four years instead of the usual one year», explains Räber. «In this way, we offer protection from unexpected bio stent closures.»

The current research results were presented for the first time on 31 October 2017, at the American Cardiology Congress in Denver, and at the same time published in the scientific press.

The findings of the study also provide clues for key characteristics of subsequent stent models. Thinner stent struts and a faster dissolution would be important improvements in order to solve current problems. A working group of the European Society for Cardiology (ESC) under the leadership of Prof. Dr. Stephan Windecker, Director and Chief Physician of the Department of Cardiology at the Inselspital, Bern University Hospital, recently published guidelines on this.

The bacteria powering a truly green revolution in personal electronics

Technology that responds sensitively to people