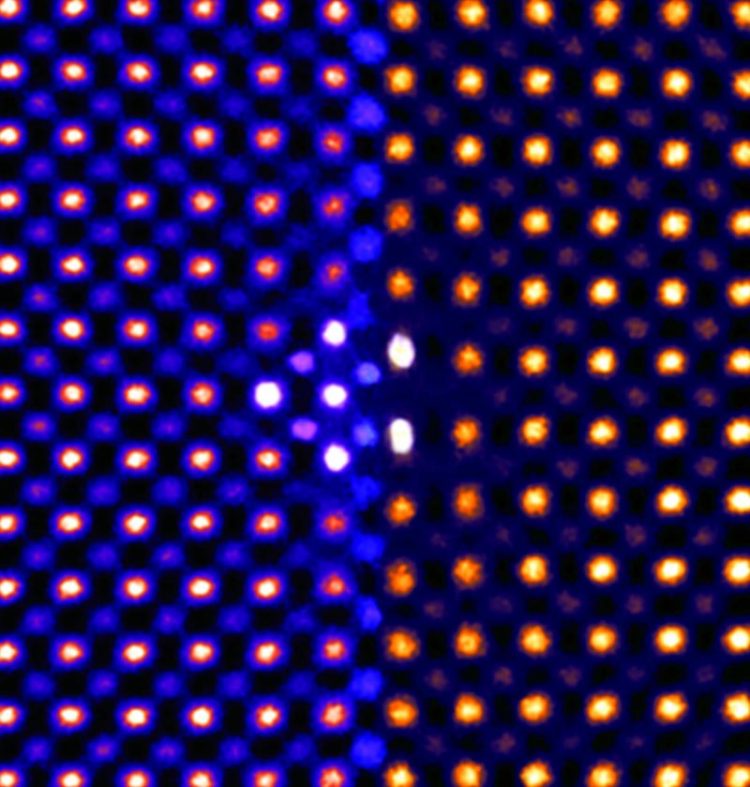 The discovery, published May 18 in Nature Communications, focuses on an industrial catalyst known as cerium oxide, or ceria, a spongy material commonly used in catalytic converters, self-cleaning ovens and various green-energy applications, such as fuel cells and solar water splitters.

“Ceria stores and releases oxygen as needed, like a sponge,” said study co-author Will Chueh, an assistant professor of materials science and engineering at Stanford and a faculty scientist at SLAC.

“We discovered that stretching and compressing ceria by a few percent dramatically increases its oxygen storage capacity. This finding overturns conventional wisdom about oxide materials and could lead to better catalysts.”

Studies have shown that squeezing and stretching ceria causes nanoscale changes that affect its ability to store oxygen.

“The oxygen storage capacity of ceria is critical to its effectiveness as a catalyst,” said study co-author Aleksandra Vojvodic, a former staff scientist at SLAC now at the University of Pennsylvania, who led the computational aspect of this work. “The theoretical expectation based on previous studies is that stretching ceria would increase its capacity to store oxygen, while compressing would lower its storage capacity.”

To test this prediction, the research team grew ultrathin films of ceria, each just a few nanometers thick, on top of substrates made of different materials. This process subjected the ceria to stress equal to 10,000 times the Earth's atmosphere. This enormous stress caused the molecules of ceria to separate and squeeze together a distance of less than one nanometer.

Typically, materials like ceria relieve stress by forming defects in the film. But atomic-scale analysis revealed a surprise.

“Using high-resolution transmission electron microscopy to resolve the position of individual atoms, we showed that the films remain stretched or compressed without forming such defects, allowing the stress to remain in full force,” said Robert Sinclair, a professor of materials science and engineering at Stanford.

The results were even more surprising.

“We discovered that the strained films exhibited a fourfold increase in the oxygen storage capacity of ceria,” Gopal said. “It doesn't matter if you stretch it or compress it. You get a remarkably similar increase.”

The high-stress technique used by the research team is readily achievable through nanoengineering, Chueh added.

“This discovery has significant implications on how to nanoengineer oxide materials to improve catalytic efficiency for energy conversion and storage,” he said. “It's important for developing solid oxide fuel cells and other green-energy technologies, including new ways to make clean fuels from carbon dioxide or water.”