Rubies on sapphire: Recipe for making crystals in flux 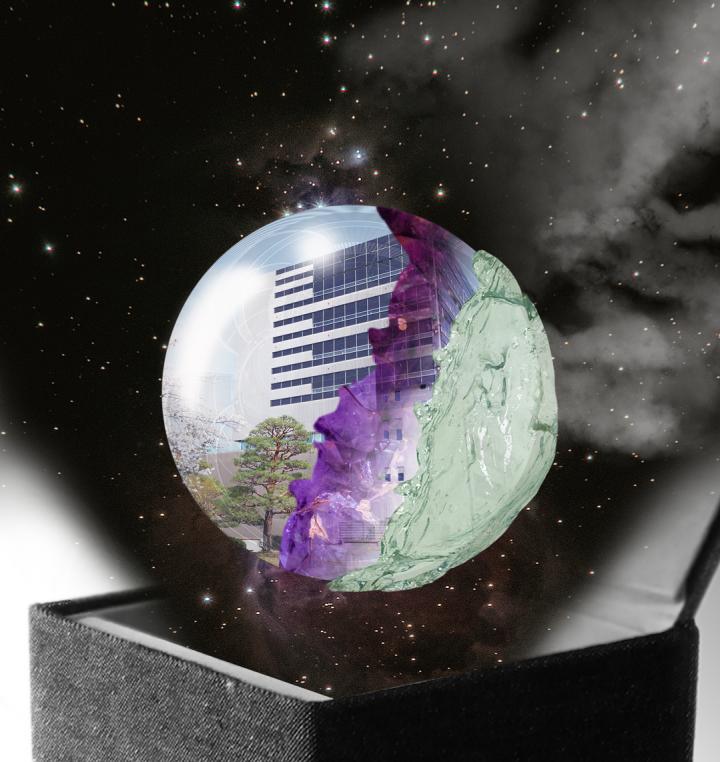 Imagine having table salt, and wanting to form crystals of a desirable structure. The salt can be heated to its melting point which would take a lot of energy, or, it can be dissolved in a solvent such as water, and the water can be evaporated at a much lower temperature than trying to heat the salt on its own. Finding the right condition is key for having good crystal recipes.

Katsuya Teshima of Shinshu University is an expert on flux recipes for crystal growth, and continues research to produce optimal crystals of desirable properties. With Effect of Holding Temperature on Growth of Ruby Crystal Films… Teshima, first author Shunsuke Ayuzawa and their team investigated rubies (Al2O3:Cr) and its solubility curve in flux.

The flux method of growing crystals is currently the preferable method of procuring crystals because it has negligible environmental impact. With this research, Teshima and his team at Shinshu University investigated the partial solubility curve of ruby crystal growth in Molybdenum Trioxide (MoO3).

The solubility curve is a graph that shows how much dissolves at what temperature. It is crucial to know this information in order to grow crystals with precision. With this research, the solubility curve of Al2O3:Cr in MoO3 for 1050 to 1200°C was obtained.

Figuring out the solubility curve of this crystal which vaporizes at such high temperatures had been extremely difficult, but this team managed to figure out a way by using the guiding principle of epitaxial growth on a single crystal sapphire substrate to measure a small amount of ruby crystal growth. The key was to distinguish between the red ruby layer and the transparent sapphire layer as the flux evaporated.

Ruby is the Latin word for red, and as the name suggests, is renowned for their beautiful pink and maroon color. Rubies are one of the five cardinal gems because they were rare in the past. Other cardinal gems are diamonds, emeralds, sapphire and amethyst.

What is becoming more apparent is that rubies are not only nice to look at, but have properties that can be used in a variety of industry. Rubies have mechanical strength, excellent optical properties and are chemically stable. Single crystals of ruby make great optical devices. The first reported solid laser in 1960 was made of ruby crystal.

Unlike diamonds which are made of pure carbon, rubies are made of a mix of the mineral corundum- a crystalline form of aluminum oxide with a trace of chromium that gives it the red color. The holding temperature, which is the temperature at which the solution is kept, produces different types of rubies with differing properties. The newly discovered solubility curve will enable scientists to be more precise when making crystals.

Teshima, a university researcher hopes to systemize the phase diagram of flux methods for all materials. Having relied on experience and knowledge in the past, he will conduct more research performed through analytical chemistry and computational science from a process chemistry standpoint. He believes that new substances can be discovered and created to perform new functions through the systemization of the flux method.