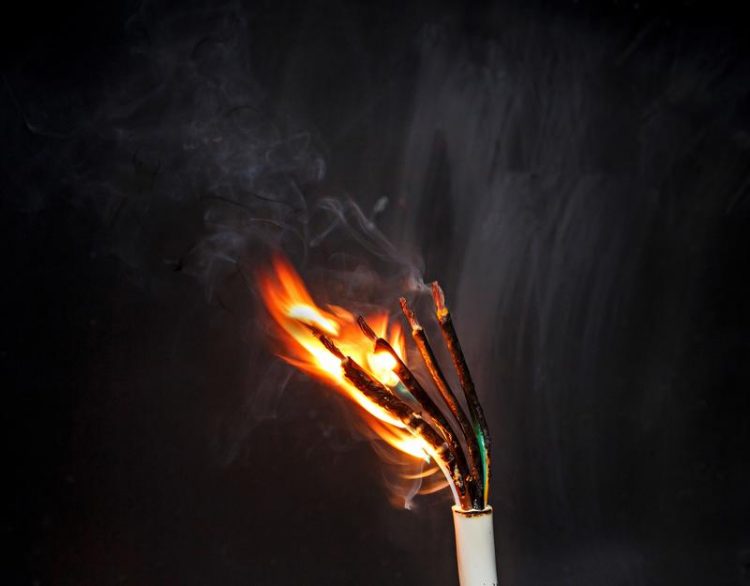 An optimal combination of flame retardancy, processability and mechanical characteristics is the goal in the new development of plastic materials with additive flame retardancy. Foto: Fraunhofer LBF, Raapke

The researchers are proposing both accelerated procedures in processing and in the characterisation of fire behaviour. The numerous investigations within the scope of the research project entitled ‘Rapid Development of Flame Retarded Thermoplastic Polyurethane’ have generated valuable data.

A particular application of these data is for medium-sized businesses to optimise their already existing or the development of new flame-retardant formulations in the future. The increasing electrification of mobility and digitalisation of everyday objects is resulting in a greater demand for specialised materials.

Thermoplastic polyurethane (TPU) as a high-performance material, is among these future materials. The market for these products is already valued at 1.5 billion euro, with experts expecting an annual growth of 5.3 percent until 2025.

In addition to excellent qualities such as damping capacity, low-temperature flexibility, chemical stability and wear and abrasion resistance, these types of polymers also display thermal instability and light flammability, which makes the development of flame-retardant materials particularly demanding.

At the same time, it is observed during the processing of TPU that a high shearing sensitivity results in a build-up of shear stress, which complicates a uniform dispersion of the flame retardant. The development of flame-retardant TPU formulations is therefore demanding and cost-intensive.

In order to support industry with these challenges, scientists from the two institutes have cooperated for the project ‘Rapid Development of Flame Retarded Thermoplastic Polyurethane’. It is part of the ‘Industrielle Gemeinschaftsförderung und -entwicklung’ (IGF) programme of the Federal Ministry of Economics and Energy.

With the so-called ‘Combinatorial Compounding/High Throughput Screening’ (CC/HTS) system, the researchers sought to achieve a meaningful characterisation of the produced flame-retardant TPU formulations. The compound development was then significantly accelerated and, at the same time, made more resource-saving.

Flame-retardant compounds with different formulations for three TPU base materials with different Shore hardness were manufactured. The goal was to define a specification sheet in which the material properties to be obtained were determined. The focus here was on the mechanical parameters, which were selected by the addition of flame retardants so that the influence on the mechanical parameters would be changed as little as possible.

The rapid mass calorimeter was tested as a rapid method of fire behaviour analysis and all results were compared in detail with the corresponding measurements in the cone calorimeter. The accompanying investigation involved pyrolysis using thermoanalytical methods, such as thermogravimetric analysis coupled with the Fourier-transform infrared spectrometer, pyrolysis gas analysis and pyrolysis gas chromatography with mass spectrometry coupling.

It was shown that the rapid mass calorimeter is suitable to evaluate the achieved flame retardance of any flame-retardant TPU. The different TPU types displayed only few, albeit significant differences, e.g. in the mass loss of the individual decomposition stages of pyrolysis and in the mechanics.

Some formulations with nitrogen-based flame retardants showed mechanics in the pure material area. However, some proved to be surprisingly similar in terms of fire behaviour and flame retardancy. Comparisons within material sets based on the same flame retardant concepts – i.e. modes of action – showed excellent correlations.

The two research institutes are also on hand for industry beyond this specific project with their broad expertise as partners in the field of flame-retardant plastics.