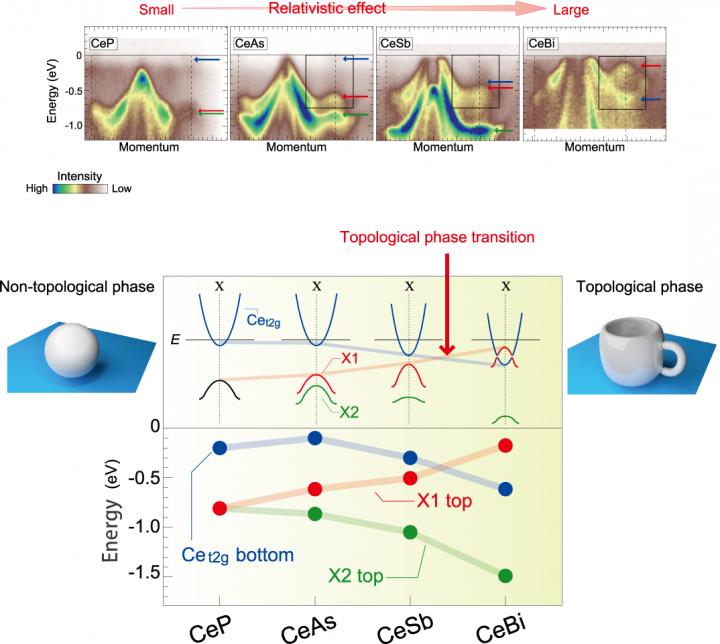 These are electronic structures of Ce monopnictides which observed by soft X-ray angle-resolved photoemission spectroscopy, and its topological phase transition. Credit: © 2018 Kenta Kuroda

Topology hidden inside materials in the matter group called cerium monopnictides has been determined for the first time in the world.

The topological electronic phase distinguished by the latent topology inside materials is the award-winning subject of the Nobel Prize in Physics 2016, research on which is now being actively conducted all over the world.

Since this research achievement enables direct determination of the essential topology hidden inside materials without judging the surface of the materials, it is expected that employing this technique will lead to the discovery of more diverse topological electronic phases.