Argonne scientists create water filtration membranes that can clean themselves 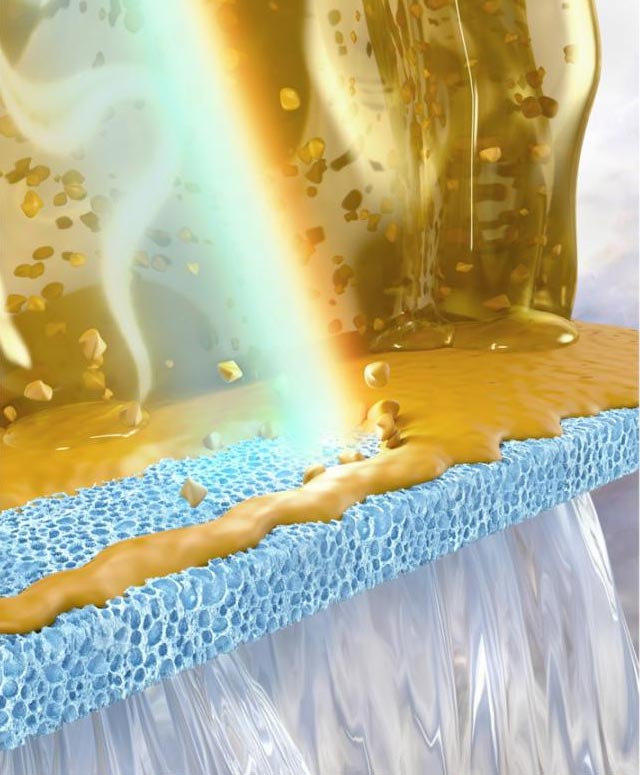 Scientists at the Department of Energy’s (DOE) Argonne National Laboratory have developed a light-activated coating for filtration membranes — the kind used in water treatment facilities, at semiconductor manufacturing sites and within the food and beverage industry — to make them self-cleaning, eliminating the need to shut systems down in order to repair them.

Cheap and effective, water filtration membranes have been around for years but have always been vulnerable to clogging from organic and inorganic materials that stop up its pores over time, a phenomenon known as fouling.

“Anything you stick in water is going to become fouled sooner or later,” said Argonne senior scientist Seth Darling.

“Almost all membranes used in the real world function by a physical mechanism, small holes that block whatever you are trying to filter out,” he said. “But they are not doing any chemistry. That’s what we’ve sought to change by putting a coating on the membrane that gives it chemical functionality.”

“That’s what differentiates our discovery from previous work in this area,” said Seth Darling, senior scientist at the Department of Energy’s Argonne National Laboratory. “The membrane can continue to be in service, eliminating the need to, for example, shut down a filtration system in order to clean or replace fouled parts.”

While those who work in the area of water filtration have had some success in removing, cleaning and replacing fouled membranes, the process is far from ideal because it takes the membranes — and sometimes entire water treatment systems — out of service.

“What we’re trying to do is prevent this entirely,” Darling said.

He and his team’s new, low-cost advancement is a game-changer for industries that rely on this type of technology.

The coating they use is based on titanium dioxide, or TiO2, which has been explored for water treatment applications for years because of its high stability, nontoxicity, low cost and biocompatibility.

Darling and his team took the technology a step further by adding a bit of nitrogen to the mix. The process, called nitrogen doping, makes the membrane sensitive to visible light. The coating serves as a catalyst that breaks down foulants, releasing them from the membrane, thereby rendering it clean.

“Normal TiO2 would work but only with ultraviolet light,” said Huiru Zhang, a graduate student who worked on the project. “That might make sense in some situations, but it is far less accessible than visible light.”

Argonne’s success in this area is unique: Never before had scientists been able to make membranes clean themselves while they are still functioning as a filter.

“That’s what differentiates our discovery from previous work in this area,” Darling said. “The membrane can continue to be in service, eliminating the need to, for example, shut down a filtration system in order to clean or replace fouled parts.”

The project was funded by the DOE Office of Science as part of the AMEWS EFRC. Darling and his team recently published their findings in the journal Advanced Functional Materials.

“In principle, our discovery can be used anywhere membranes are in water, and even as a coating on other components in water systems,” Darling said.