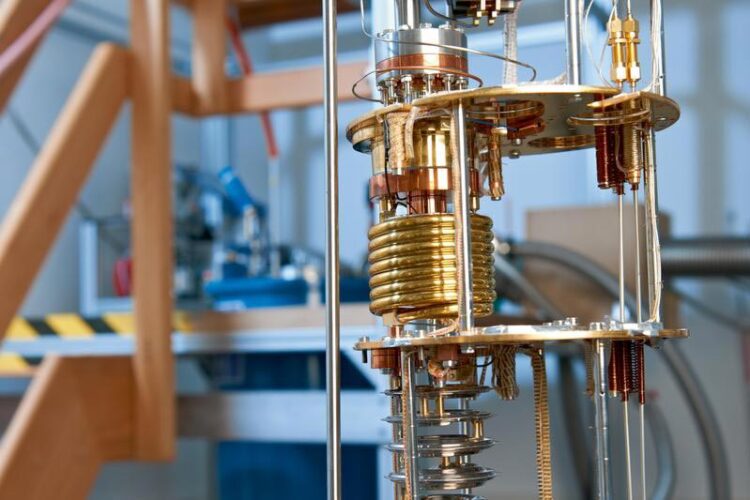 Water that simply will not freeze, no matter how cold it gets – a research group involving the Helmholtz-Zentrum Dresden-Rossendorf (HZDR) has discovered a quantum state that could be described in this way. Experts from the Institute of Solid State Physics at the University of Tokyo in Japan, Johns Hopkins University in the United States, and the Max Planck Institute for the Physics of Complex Systems (MPI-PKS) in Dresden, Germany, managed to cool a special material to near absolute zero temperature. They found that a central property of atoms – their alignment – did not “freeze”, as usual, but remained in a “liquid” state. The new quantum material could serve as a model system to develop novel, highly sensitive quantum sensors. The team has presented its findings in the journal Nature Physics (DOI: 10.1038/s41567-022-01816-4).

On first sight, quantum materials do not look different from normal substances – but they sure do their own thing: Inside, the electrons interact with unusual intensity, both with each other and with the atoms of the crystal lattice. This intimate interaction results in powerful quantum effects that not only act on the microscopic, but also on the macroscopic scale. Thanks to these effects, quantum materials exhibit remarkable properties. For example, they can conduct electricity completely loss-free at low temperatures. Often, even slight changes in temperature, pressure, or electrical voltage are enough to drastically change the behavior of the material.

In principle, magnets can also be regarded as quantum materials; after all, magnetism is based on the intrinsic spin of the electrons in the material. “In some ways, these spins can behave like a liquid,” explains Prof. Jochen Wosnitza from the Dresden High Field Magnetic Laboratory (HLD) at HZDR. “As temperatures drop, these disordered spins can then freeze, much like water freezes into ice.” For example, certain kind of magnets, so-called ferromagnets, are non-magnetic above their “freezing”, or more precisely ordering point. Only when they drop below it can they become permanent magnets.

The international team intended to create a quantum state in which the atomic alignment that is associated with the spins did not order, even at ultracold temperatures – similar to a liquid that will not solidify, even in extreme cold. To achieve this state, the research group used a special material – a compound of the elements, praseodymium, zirconium, and oxygen. They assumed that in this material, the properties of the crystal lattice would enable the electron spins to interact with their orbitals around the atoms in a special way.

“The prerequisite, however, was to have crystals of extreme purity and quality,” Prof. Satoru Nakatsuji of the University of Tokyo explains. It took several attempts, but eventually the team was able to produce crystals pure enough for their experiment: In a cryostat, a kind of super thermos flask, the experts gradually cooled their sample down to 20 millikelvin – just one fiftieth of a degree above absolute zero. To see how the sample responded to this cooling process and inside the magnetic field, they measured how much it changed in length. In another experiment, the group recorded how the crystal reacted to ultrasound waves being directly sent through it.

The result: “Had the spins ordered, it should have caused an abrupt change in the behavior of the crystal, such as a sudden change in length,” Dr. Sergei Zherlitsyn, HLD’s expert in ultrasound investigations, describes. “Yet, as we observed, nothing happened! There were no sudden changes in either length or in its response to ultrasound waves.” The conclusion: The pronounced interplay of spins and orbitals had prevented ordering, which is why the atoms remained in their liquid quantum state – the first time such a quantum state had been observed. Further investigations in magnetic fields confirmed this assumption.

This basic research result could also have practical implications one day: “At some point we might be able to use the new quantum state to develop highly sensitive quantum sensors,” Jochen Wosnitza speculates. “To do this, however, we still have to figure out how to generate excitations in this state systematically.” Quantum sensing is considered a promising technology of the future. Because their quantum nature makes them extremely sensitive to external stimuli, quantum sensors can register magnetic fields or temperatures with far greater precision than conventional sensors.

To help answer these research questions, HZDR operates large-scale facilities, which are also used by visiting researchers: the Ion Beam Center, the Dresden High Magnetic Field Laboratory and the ELBE Center for High-Power Radiation Sources.
HZDR is a member of the Helmholtz Association and has six sites (Dresden, Freiberg, Görlitz, Grenoble, Leipzig, Schenefeld near Hamburg) with almost 1,500 members of staff, of whom about 670 are scientists, including 220 Ph.D. candidates.