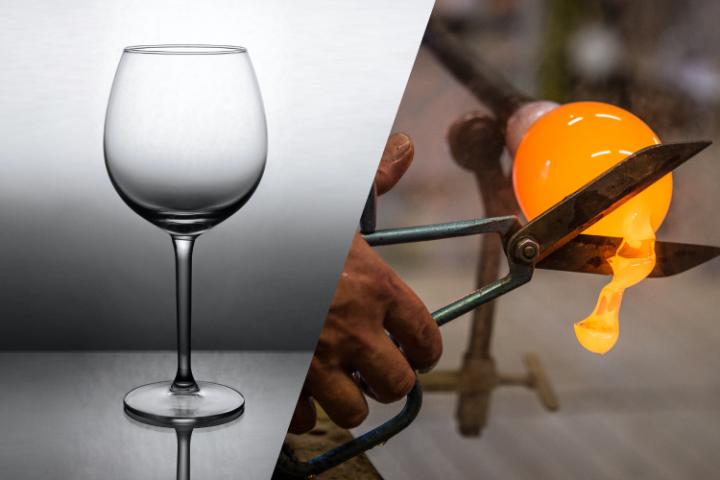 Researchers led by The University of Tokyo employed a new computer model to simulate the networks of force-carrying particles that give amorphous solids their strength even though they lack long range order. This work may lead to new advances in high-strength glass, which can be used for cooking, industrial, and smartphone applications.

Amorphous solids such as glass–despite being brittle and having constituent particles that do not form ordered lattices–can possess surprising strength and rigidity. This is even more unexpected because amorphous systems also suffer from large anharmonic fluctuations. The secret is an internal network of force-bearing particles that span the entire solid which lends strength to the system.

This branching, dynamic network acts like a skeleton that prevents the material from yielding to stress even though it makes up only a small fraction of the total particles. However, this network only forms after a “percolation transition” when the number of force-bearing particles exceeds a critical threshold. As the density of these particles increases, the probability that a percolating network that goes from one end to the other increases from zero to almost certain.

Now, scientists from the Institute of Industrial Science at The University of Tokyo have used computer simulations to carefully show the formation of these percolating networks as an amorphous material is cooled below its glass transition temperature. In these calculations, binary particle mixtures were modelled with finite-range repulsive potentials. The team found that the strength of amorphous materials is an emergent property caused by the self-organization of the disordered mechanical architecture.

“At zero temperature, a jammed system will show long-range correlations in stress due to its internal percolating network. This simulation showed that the same is true for glass even before it has completely cooled,” first author Hua Tong says.

The force-bearing backbone can be identified by recognizing that particles in this network are must be connected by at least two strong force bonds. Upon cooling, the number of force-bearing particles increases, until a system-spanning network links together.

“Our findings may open up a way towards a better understanding of amorphous solids from a mechanical perspective,” senior author Hajime Tanaka says. Since rigid, durable glass is highly prized for smartphones, tablets, and cookware, the work can find many practical uses.

The work is published in Nature Communications as “Emergent solidity of amorphous materials as a consequence of mechanical self-organisation” (DOI: 10.1038/s41467-020-18663-7).

Hajime Tanaka
Institute of Industrial Science, The University of Tokyo