Aachen becomes a center of excellence for optics production 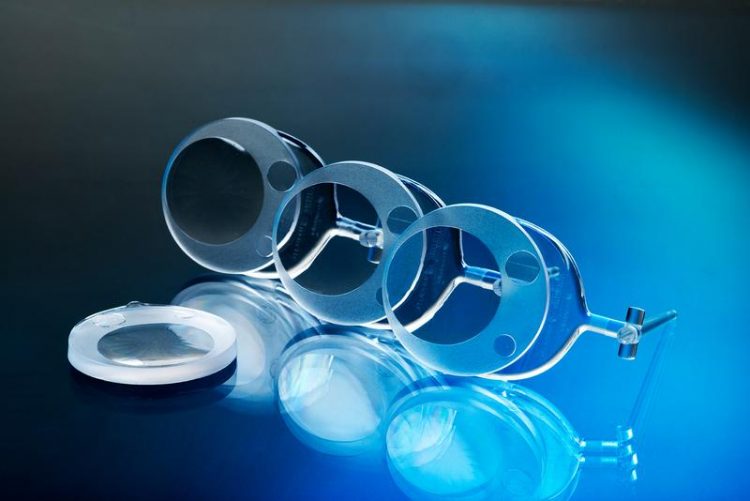 Aachen has a long tradition as a center for the production of high-precision optical components and systems. The researchers at the Fraunhofer IPT have therefore set themselves the goal of establishing a joint digitally and physically networked research infrastructure with their partners in the companies in order to investigate different manufacturing processes and process chains.

Digitalization and networking in optical manufacturing

One of the primary goals of the ACOP is to promote the digitalization and networking of processes for the production of high-precision optical components. The Aachen researchers are scrutinizing both the manufacturing processes for glass and plastic components and the technologies used.

By digitally linking the individual steps of the process chain – from simulation to replication and assembly of the optics to quality inspection using high-precision measurement technology – they can draw conclusions about improvements. In this way, production can be made faster and more cost-effective.

It is envisaged that appropriate IT technologies, data structures and interfaces will help to use information across processes, improve process understanding and thereby reduce lengthy iterations and errors. The researchers are focusing on developments in industry 4.0 such as the digital twin, data analytics methods and cloud-based services, which are still relatively untapped in the optical industry.

Well-known partners from various industries are on board

During the construction of the new optics center, the Fraunhofer IPT will initially cooperate with eleven companies from North Rhine-Westphalia. Aachen in particular is strongly represented. More than half of the partners come from the region: In addition to internationally established companies such as Hella KGaA Hueck & Co. and Limo Lissotschenko Mikrooptik GmbH, the Fraunhofer IPT has reached out to local

companies such as Innolite GmbH and Son-x GmbH and integrated them. The consortium is broadly based: Industries from automotive to medical technology are represented. The consortium is open to other interested companies, says Tobias Müller from the Fraunhofer IPT, who organizes and controls the development of the ACOP.

The first step towards the start of the cooperation is an opening event hosted by ACOP on December 2, 2019, to which representatives from politics and the media are invited in addition to the participating companies and partners of the Aachen optical research institutes.

Industry and Media representatives who would like to participate in the kick-off event can obtain accreditation from Helen Kolb (optics@ipt.fraunhofer.de) at the Fraunhofer IPT until November 15, 2019.

The Aachen Center for Optics Production, ACOP, is being set up as part of the “EverPro” project, which is funded by the European Regional Development Fund (ERDF).