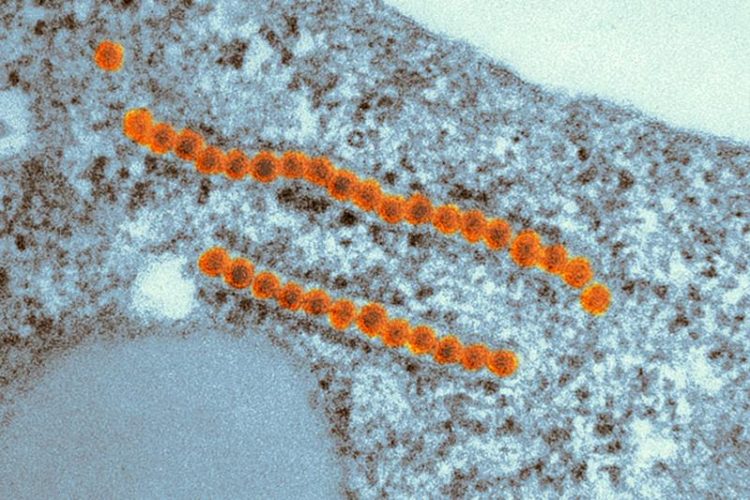 Zika virus infections occur world-wide in more than 80 countries, in particular in the tropical and subtropical regions. From 2015 to 2017, the virus also spread in Central America and South America. In most cases, the Zika virus is transmitted by the infected Aedes aegypti (yellow fever mosquito).

The Asian tiger mosquito, another possible transmitter, also occurs in Germany in isolated cases. The course of a Zika virus infection is usually mild. What presents a feared risk, however, is a Zika virus infection in pregnant women, in particular during the first term of pregnancy, which can cause microencephaly (an abnormally small head) and other malformations of the brain in the foetus.

For this reason, a vaccine is required which will protect pregnant women and the foetus from the consequences of a Zika virus infection. Several vaccine conceptions are eligible, including vector vaccines and inactivated vaccines. In the case of vector vaccines, foreign genes are inserted into the genome of an attenuated vaccine virus which acts as viral vector (vaccination vector).

The research team of Dr. Michael Mühlebach, head of Section “Product Testing of Immunological Medicinal Products for Veterinary Use” of the Division Veterinary Medicine at the Paul-Ehrlich-Institut (PEI) in co-operation with researchers of the Heinrich-Pette-Institute has tested an experimental vector vaccine derived from the measles virus.

This research project was funded by the German Federal Ministry of Health and the German Centre for Infection Research (Deutsches Zentrum für Infektionsforschung, DZIF). The efficacy of the Zika virus vector vaccine was compared with that of an attenuated Zika virus vaccine produced as second vaccine conception for the experiment.

At first, the researchers provided proof that the vector vaccine creates the Zika virus antigens and the measles virus antigens of the vaccine vector. In mice, they elicited the immune reaction desired: after vaccination with the vector vaccine, both neutralising antibodies and the cellular immune response (T-cell response) were induced. This was achieved both against the measles and the Zika virus.

Does the vaccine also confer protection against malformations during pregnancy? This was also examined in mice by the research team. The vaccination with the vector vaccine protects both the mother animal and the unborn offspring from the disease. No evidence of transmission of the virus to the foetuses was found after the vaccination.

In addition, the viral burden in the placenta of the pregnant mice was reduced drastically. The foetuses developed without showing any abnormalities, in the same way as healthy control animals. In the case of the inactivated vaccine, however, the protective effect on the mother animals and their offspring was not shown.

From the point of view of the research team, the measles/Zika virus combination vaccine represents a promising vaccine conception.

The vaccine candidate developed by an Austrian company is currently tested in a Phase-I study. In principle, the use of measles/Zika virus vaccines would be conceivable as routine prophylaxis in risk areas after a successful development, instead of the measles-only component in standard MMR vaccines.