Water or Land? Plants control their photosynthesis similarly, regardless of their origin 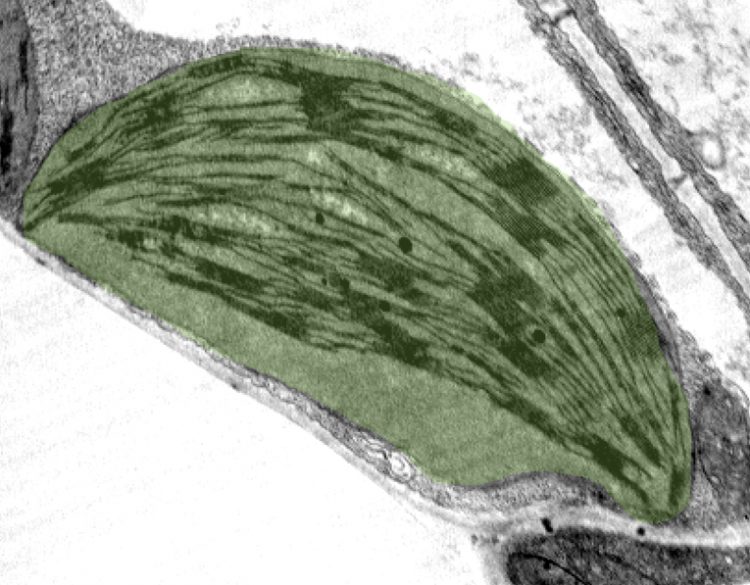 In photosynthesis, plants produce carbohydrates from CO2 using light. During this process, they also release oxygen. This biochemically complex process takes place in chloroplasts, small green organelles with their own genome. “It also contains the genes of the proteins involved in photosynthesis,” said assistant professor Dr Felix Willmund from the group of Molecular Genetics of Eukaryotes at the Technische Universität Kaiserslautern.

In order to “convert” this genetic information into proteins, the first step is to copy the genetic material into a transcript, termed ribonucleic acid (RNA). “The transcript serves as a kind of blueprint with the help of which large molecule complexes, the so-called ribosomes, assemble proteins from individual amino acids,” says lead author Dr Raphael Trösch, who is part of the Willmund research group on the Kaiserslautern campus. This process is also known as translation.

In the current study, Trösch and Willmund together with colleagues around Dr Reimo Zoschke from the Max Planck Institute for Molecular Plant Physiology (MPI-MP) in Potsdam-Golm investigated whether there are differences between land plants and algae that are far apart in evolutionary history. They compared these molecular processes in green algae, tobacco plants and Arabidopsis thaliana using a new method. They applied the so-called ribosome profiling.

In this method, the researchers take a look at the RNA and ribosomes present during translation. Similar to a footprint, ribosomes leave traces on the RNA that allow scientists to create a characteristic image that shows them which proteins are produced in what quantities.

The clue is as follows: “This technique provides us with an overview of the entire translation process, but we can also take a closer look at details,” said Zoschke, who heads the Translational Regulation in Plants working group at the MPI-MP.

The studies took place in the Collaborative Research Centre (SFB Transregio TRR175) “The Green Hub – Central Coordinator of Acclimation in Plants”. It has been funded by the German Research Foundation since 2016. Research teams from Berlin, Potsdam-Golm, Munich, and Kaiserslautern are investigating how plants can adapt to changing environmental conditions.

The results of the current study also show that plants succeeded with different strategies in achieving a very similar photosynthesis process despite different living conditions. It is therefore important to investigate such fundamental processes in order to better understand which mechanisms plants use to cope with environmental influences such as strong changes in temperature or light, for example. In the future, this knowledge will help to make crop plants more resistant to climate change.

The study was published in the renowned journal “Nature Plants”:
“Commonalities and differences of chloroplast translation in a green alga and land plants”
DOI: 10.1038/s41477-018-0211-0