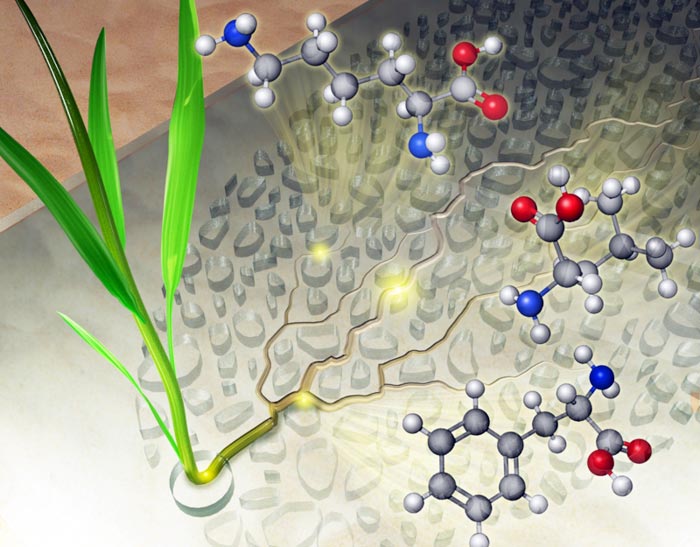 The rhizosphere-on-a-chip offers an easier way to study a plant’s influence underground.

The rhizosphere is the living ecosystem around plant roots. It is a dynamic ecosystem of plant and microbes that is difficult to study because soil is opaque and complex. By creating a synthetic rhizosphere in the lab, scientists can study underground interactions in a simulated habitat that is less complex but that retains key characteristics of the natural ecosystem. Scientists have developed a rhizosphere-on-a-chip with a transparent, simulated soil structure that allows scientists to view how roots grow over time through the pores in the soil. Paired with specialized mass spectrometry techniques, scientist can also use the rhizosphere-on-a-chip to map the location of root-exuded molecules, like amino acids, without hurting the plant. This feat is not currently possible in natural soils.

Plants are primary producers in the carbon cycle. They convert approximately 3 to 5 percent of their photosynthesized carbon into molecules, like sugars and amino acids, that they exude into the rhizosphere. These molecules feed the plant’s specialized microbiome members, some of which can convert the carbon back into nutrients and hormones for the plant. Carbon cycling at this microbial scale has a large cumulative effect on global carbon cycling. However, it has been hard for scientists to study the molecular environment where soil microbial processes occur. The new rhizosphere-on-a-chip means that researchers can observe exchanges between plants and their microbiome in a micro-scale soil environment.

Researchers at Pacific Northwest National Laboratory (PNNL) and Oak Ridge National Laboratory (ORNL) used microfluidics technology to develop a transparent soil habitat called the rhizosphere-on-a-chip. Scientists can use the rhizosphere-on-a-chip to grow Brachypodium distachyon, a model grass species, for as long as one month. This allows researchers to image the development of the plant’s roots through the synthetic soil pore space. The research team used computational simulations to predict how small molecules would diffuse through the rhizosphere-on-a-chip if they were exuded from the boundaries of the roots. These simulations predicted the occurrence of hotspots of concentrated carbon in the form of consumable nutrients like amino acids. To experimentally validate the presence of these hotspots, the research team attached their rhizosphere-on-a-chip to a permeable membrane and used a technique called liquid micro-junction surface sampling probe mass spectrometry to spatially sample the root exudates through the membrane. This study confirmed the presence of carbon hotspots within the synthetic pore space and revealed that amino acids are not exuded uniformly along the roots.

Tapping the ocean as a source of natural products 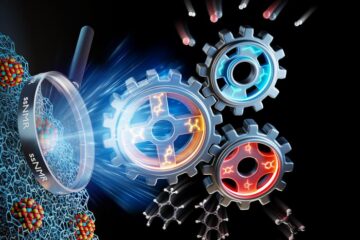 … over oxide-zeolite bifunctional catalysts. A research team led by Prof. HOU Guangjin and Prof. BAO Xinhe from the Dalian Institute of Chemical Physics (DICP) of the Chinese Academy of Sciences… 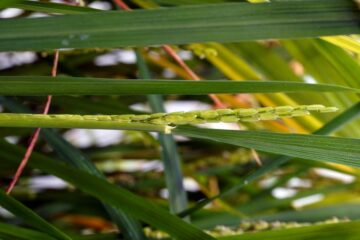 ITQB NOVA researchers unveil the mechanism by which light regulates rice flowering time. Light affects most organisms. In plants, many behaviors and functions are determined by the length of light…