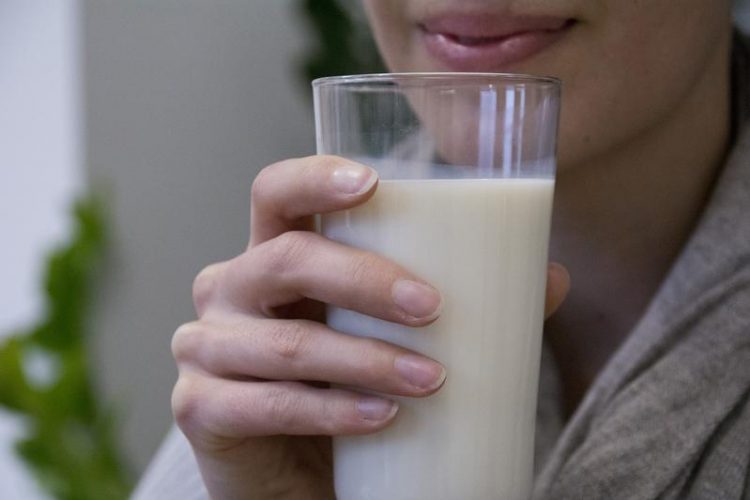 A real milk allergy occurs in about three to five percent of European children and more rarely in adults. The disease is different from lactose intolerance, in which a lack of the enzyme lactase results in the inability to properly break down lactose, a sugar found in milk products. In the case of a milk allergy, the immune system itself reacts with a distinct immune response against the milk proteins. Specialized immune cells are formed which produce antibodies against the milk proteins and so trigger a potentially much more dangerous allergic reaction.

A study of the interuniversity Messerli Research Institute of Vetmeduni Vienna, Meduni Vienna and the University of Vienna has now shown that the components of the cow's milk itself can help to prevent this reaction. The key is that the milk protein beta-lactoglobulin, a relevant agent for allergic reactions, literally “pockets” a metabolite of vitamin A called retinoic acid. This, however, would require cows to receive a sufficient supply of this vitamin, for example, through an abundance of green fodder.

If infants become allergic to cow's milk, their bodies produce so-called Th2 lymphocytes. These are specialized immune cells that produce antibodies to fight milk proteins as part of the immune system. One of the most important of these so-called milk allergens is the protein Bos d 5. Also known as beta-lactoglobulin, it is part of a family of proteins known as the lipocalins. “This special protein family is characterized by molecular pockets that can take in small molecules like retinoic acid, which is a metabolite of vitamin A,” explains first author Karin Hufnagl.

“Our study showed that an 'empty' milk protein supports the activation of Th2 lymphocytes and so initiates an allergic chain reaction,” says Hufnagl. However, if it, so to speak, pockets the retinoic acid, then the immune cells react moderately, without an allergic immune reaction. “An adequate loading of the milk protein could thus prevent that small children or even adults become sensitized and express a milk allergy,” summarizes study leader Erika Jensen-Jarolim.

No artificial supplements: vitamin-A-enriched fodder during milk production is the key

Milk, and above all cow's milk, is an essential food product for most people. For allergy patients, however, it poses a risk. Besides causing a swelling of the mouth or the mucous membranes, other symptoms can include diarrhoea or aggravated atopic dermatitis, and, in rare cases, can even induce an allergic shock. In addition, a cow's milk allergy carries the risk of other allergic diseases, such as atopic dermatitis or allergic asthma.

“A sufficient supply of vitamin A to the milk producers, i.e. the cows, could counteract this effect in which a harmless food protein is converted into a milk allergen,” says Hufnagl. It is uncertain, however, whether the positive effect of natural vitamin A shown in the study can also be achieved through dietary supplements.

“Artificial supplementation of a diet with vitamins may not achieve the same effect as natural agents and will likely result in inadequate loading of the milk allergen. It is therefore necessary to supply vitamin A to an appropriate extent already during the keeping or feeding of the animals. This can be achieved, for example, by increasing the supply of green fodder. Corresponding follow-up studies must still be carried out, however,” says Hufnagl.

About the University of Veterinary Medicine, Vienna
The University of Veterinary Medicine, Vienna in Austria is one of the leading academic and research institutions in the field of Veterinary Sciences in Europe. About 1,300 employees and 2,300 students work on the campus in the north of Vienna which also houses five university clinics and various research sites. Outside of Vienna the university operates Teaching and Research Farms. The Vetmeduni Vienna plays in the global top league: in 2017, it occupies the excellent place 8 in the world-wide Shanghai University veterinary in the subject “Veterinary Science”. http://www.vetmeduni.ac.at

About Messerli Research Institute
The Messerli Research Institute was founded in 2010 with support from the Messerli Foundation (Sörenberg, Switzerland) under the management of the University of Veterinary Medicine, Vienna in cooperation with the Medical University of Vienna and the University of Vienna. The research is devoted to the interaction between humans and animals, as well as its theoretical principles in animal cognition and behavior, comparative medicine and ethics. Its work is characterized by its broad interdisciplinary approach (biology, human medicine, veterinary medicine, philosophy, psychology, law) and strong international focus. http://www.vetmeduni.ac.at/en/messerli/