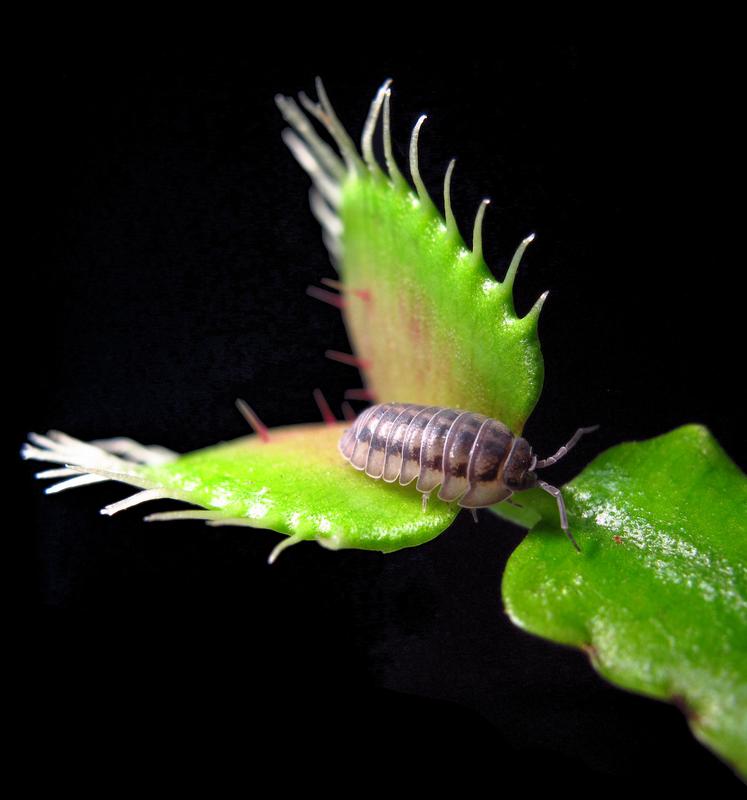 The Venus flytrap (Dionaea muscipula) takes only 100 milliseconds to trap its prey. Once their leaves, which have been transformed into snap traps, have closed, insects can no longer escape.

Using biomechanical experiments and virtual Venus flytraps a team from Freiburg Botanical Garden and the University of Stuttgart has analyzed in detail how the lobes of the trap move.

In addition, its three tissue layers of each lobe have to deform according to a special pattern. The team has published its results in the journal Proceedings of the National Academy of Sciences USA.

The diet of the Venus flytrap consists mainly of crawling insects. When the animals touch the sensory hairs inside the trap twice within about 20 seconds it snaps shut.

Aspects such as how the trap perceives its prey and how it differentiates potential prey from a raindrop falling into the trap were already well known to scientists. However the precise morphing process of the halves of the trap remained largely unknown.

In order to gain a better understanding of these processes, the researchers have analyzed the interior and exterior surfaces of the trap using digital 3D image correlation methods. Scientists typically use these methods for the examination of technical materials. Using the results the team then constructed several virtual traps in a finite element simulation that differ in their tissue layer setups and in the mechanical behavior of the layers.

Only the digital traps that were under prestress displayed the typical snapping. The team confirmed this observation with dehydration tests on real plants: only well-watered traps are able to snap shut quickly and correctly by releasing this prestress.

Watering the plant changed the pressure in the cells and with it the behavior of the tissue. In order to close correctly, the traps also had to consist of three layers of tissue: an inner which constricts, an outer which expands, and a neutral middle layer.

Speck and Mylo are members of the Living, Adaptive and Energy-autonomous Materials Systems (livMatS) cluster of excellence of the University of Freiburg. The Venus flytrap serves there as a model for a biomimetic demonstrator made of artificial materials being developed by researchers at the cluster. The scientists use it to test the potential uses of materials systems that have life-like characteristics: the systems adapt to changes in the environment and harvest the necessary energy from this environment.

The research was funded by the German Research Foundation (DFG) within the framework of the livMatS cluster of excellence, by the State Ministry of Baden-Württemberg for Sciences, Research and Arts within the framework of the BioElast project, and by the academic research alliance JONAS (“Joint Research Network on Advanced Materials and Systems”) established jointly with BASF SE and the University of Freiburg.