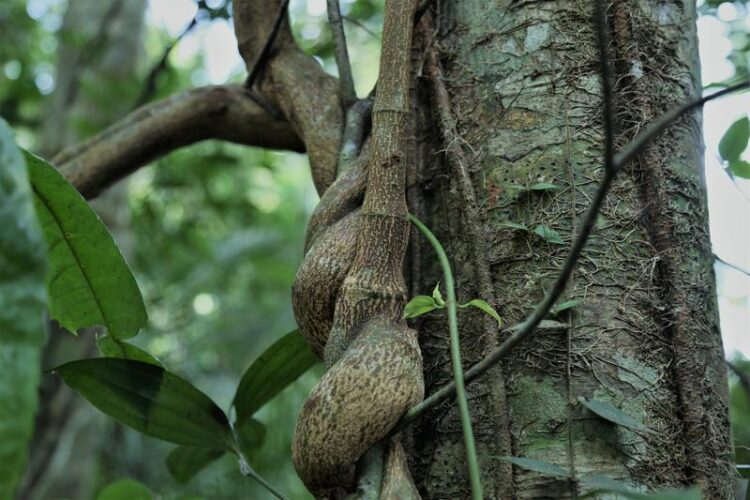 In a new review article in the journal Trends in Ecology and Evolution, researchers from the University of Regensburg and the National University of Singapore recommend a more cautious assessment of the so-called Janzen-Connell hypothesis. A summary of the current state of knowledge reveals two important unresolved questions. First, it is not clear whether the interactions between neighbouring trees are strong enough to have a significant impact on tree diversity. Second, it cannot yet be said whether the regulatory effect is actually stronger or more frequent in the tropics.

Questions about the origin of nature have fascinated humans since the dawn of culture. One phenomenon of particular interest is the high diversity of forests in the tropics, relative to those in the temperate zone. Even Humboldt, pioneering polymath of the late 18th century, was already searching for possible explanations for this observation.

One prominent hypothesis is that the greater stability of tropical forests allows greater prevalence of pests, each of which then can exert greater damage on its favoured host tree than in the temperate zone, particularly when the tree species concerned becomes common. This gives rise to so-called negative density dependence, which prevents the more common species from completely dominating the forest and thereby protects locally rare species from extinction.

In a new review article in the scientific journal “Trends in Ecology and Evolution”, researchers from the University of Regensburg and the National University of Singapore present a more cautious appraisal. Their summary of the current state of knowledge reveals two important unresolved questions. Firstly, it is not clear whether the effect between neighbouring trees is strong enough to have a substantial influence on the diversity of trees. Secondly, it is not yet possible to say whether the regulatory effect is indeed stronger or more frequent in the tropics.

“That we still know so little about these questions is mainly a result of logistical challenges,” said Lisa Hülsmann, the first author of the study. “Forests are extremely slow ecosystems. The processes we’re interested in occur over decades and centuries. Because we cannot observe forests over such long periods of time, we must accelerate the processes with computer models. These models are unfortunately not yet complex enough to yield reliable statements about mechanisms that drive diversity.”

In their study, the authors conclude that the explanation of Janzen and Connell remains a hypothesis yet to be proven. More precisely, although the existence of the mechanism is relatively well established, its importance in comparison to many other alternative explanations for tropical tree diversity remains unclear. To weigh these hypotheses against each other and to test the Janzen–Connell hypothesis in its entirety, new data and collaborations between experimental and theoretical ecologists as well as modellers will be necessary. Thus, for now, the puzzle of tropical tree diversity endures…