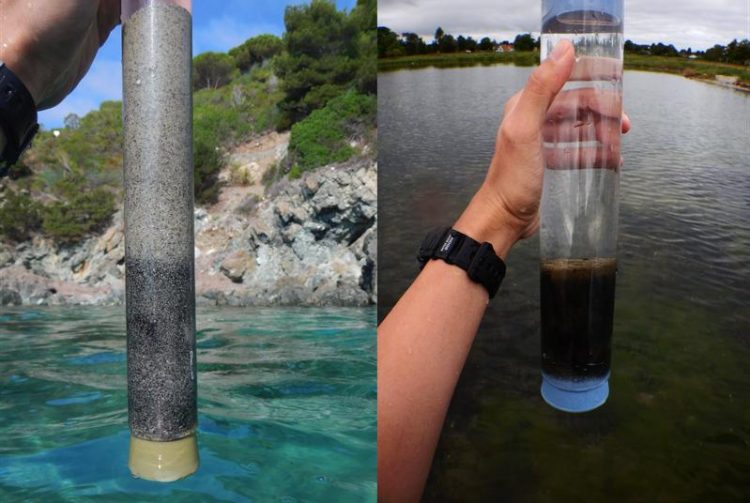 Kentron, a bacterial symbiont of ciliates, turns cellular waste products into biomass. It is the first known sulfur-oxidizing symbiont to be entirely heterotrophic. Researchers from the Max Planck Institute for Marine Microbiology now report about this unexpected bacterium that turns waste into food.

Plants use light energy from the sun for photosynthesis to turn carbon dioxide (CO2) into biomass. Animals can’t do that. Therefore, some of them have teamed up with bacteria that carry out a process called chemosynthesis. It works almost like photosynthesis, only that it uses chemical energy instead of light energy.

Many animals rely on chemosynthetic bacteria to supply them with food. The symbionts turn CO2 into biomass and are subsequently digested by their host. Kentron, a bacterium nourishing the ciliate Kentrophoros, was thought to be ‘just another’ chemosynthetic symbiont. However, recent results indicate that it is not.

An international team led by scientists from the Max Planck Institute for Marine Microbiology sequenced the genome of Kentron, the sulfur-oxidizing symbiont of the ciliates. “Contrary to our expectations, we couldn’t find any of the known genes for the fixation of CO2,” reports first author Brandon Seah.

Without being able to fix CO2, what does Kentron grow on? “From their genes, it seems that Kentron uses small organic compounds and turns those into biomass,” Nicole Dubilier, director at the Max Planck Institute for Marine Microbiology and senior author of the study, explains.

These include compounds such as acetate or propionate, which are typical ‘low value’ cellular waste products. “In this sense, Kentron is upcycling the garbage. It most probably recycles waste products from the environment and from their hosts into ‘higher value’ biomass to feed their hosts.”

Kentrophoros is a thin, ribbon-like ciliate that lives in sandy marine sediments, where it can easily squeeze and move between sand particles. It almost entirely relies on its symbionts for nutrition and has even given up its own mouth. Seah, who now works at the Max Planck Institute for Developmental Biology in Tübingen, and his colleagues collected specimens at sites in the Mediterranean, Caribbean and Baltic Seas.

However, Kentrophoros does not grow and reproduce in the lab. So how could the researchers investigate Kentron’s food preferences? “Our collaborators in Calgary and North Carolina have developed a way to estimate the stable isotope fingerprint of proteins from the tiny samples that we have,” Seah explains.

This fingerprint tells a lot about the source of carbon an organism uses. The Kentron bacteria have a fingerprint that is completely unlike any other chemosynthetic symbiont’s fingerprint from similar habitats. “This clearly shows that Kentron is getting its carbon differently than other symbionts.”

Textbook knowledge put to the test

This research provides a counterexample to textbook descriptions. These usually say that the symbiotic bacteria make most of their biomass from either CO2 or methane. In contrast, Kentron does not appear to have this ability to make biomass from scratch.

“Uptake of organic substrates from the environment and recycling waste from their hosts might play a bigger role in these symbioses than previously thought,” senior author Harald Gruber-Vodicka from the Max Planck Institute for Marine Microbiology concludes. “This has implications in ecological models of carbon cycling in the environment, and we are excited to look further into the details and pros and cons of either strategy.”