The scientists report this in a current issue of scientific journal PLOS ONE. This surprising discovery based on underwater recordings from the Antarctic acoustic observatory PALAOA. PALAOA is located near the research base Neumayer Station III on the ice shelf and regularly records underwater sounds of humpback whales even in the austral winter months.

Sometimes even scientists need the crucial little quantum of luck to obtain new research ideas. For instance Dr. Ilse Van Opzeeland, a marine biologist and expert on large whales at the Alfred Wegener Institute, Helmholtz Centre for Polar and Marine Research (AWI). As she unlocked the door to her office one April morning and, as usual, switched on the live stream of PALAOA, the underwater acoustic observatory, the loudspeakers suddenly resounded with the calls of humpback whales – and this at a time during which the marine mammals should long have been swimming 7,000 kilometres further away in the warmer waters off Africa. “I was totally surprised, because the textbook-opinion until that day was that humpback whales migrate to Antarctic waters only in the austral summer months. And even then, standing believes were that they would only be feeding on krill in the ice-free regions around 60 degrees south latitude. However, our PALAOA observatory monitors an area 70 degrees south – so, much further south than hitherto known feeding grounds. With this in mind, hearing the animals on a winter morning near our observatory was a double surprise,” explains the scientist.

Driven by the question whether the winter-excursion of the humpback whales in the eastern Weddell Sea was a unique event, Van Opzeeland developed a procedure for the automatic detection of humpback whale calls and analysed all PALAOA recordings from 2008 and 2009 for acoustic signs of life from these animals. “Along with variable, high-frequency calls from the whales, our recordings also contain stereotyped calls that sound a bit like a moan. We concentrated on the latter in our analysis,” the marine biologist says. “Today, we know that, in 2008, the humpback whales were present near the observatory with the exception of the months May, September and October. In the following year, they were absent only in September. Therefore, it is highly likely that humpback whales spent the entire winter in the eastern Weddell Sea during both years,” says the scientist.

A possible explanation for the absence of humpback whale calls during some months could be the Antarctic sea ice. “Near the observatory, open water areas in the sea-ice, also known as polynias, regularly form during winter. Such polynias form due to offshore winds which press the sea-ice off the continent out to sea. We suspect that humpback whales use these ice-free areas. When polynias close or change position, the whales may move with them and leave the recording radius of 100 kilometres, which our underwater microphones are monitoring. However, we do not yet have proof for this behaviour,” Van Opzeeland explains.

Based on the underwater sounds, the AWI scientists cannot say what the whales are actually communicating and which animals are calling in the winter months: “Possibly, the calls are produced by young whale cows that are not yet pregnant and skip the more than 7,000 kilometres long, energetically-costly migration to Africa's coastal waters. A humpback whale-female loses up to 65 per cent of her body weight when giving birth to and suckling a calf. With this in mind, it appears energetically advantageous, from viewpoint of the young whale cows, to remain in Antarctic waters during winter. Furthermore, the coastal region of the eastern Weddell Sea likely provides krill concentrations substantial enough for the animals to find sufficient food, even in the colder season, to acquire sufficient fat-reserves for reproduction and the long trip in the following year,” explains Van Opzeeland.

These new findings substantiate the significance of the Southern Ocean as a habitat for humpback whales. “In the light of ongoing discussions regarding designation of marine protected areas, our results show that not only the known feeding grounds in the region of 60 degrees south are important for the humpback whales, but also waters further south, off the Antarctic continent. The animals can be found in these regions almost throughout the entire year,” the biologist says.

Van Opzeeland and her team from the AWI “Oceanic Acoustics Lab” now want to find out to which population the humpback whales from the eastern Weddell Sea belong. The scientists are planning to compare calls from the PALAOA recordings with humpback whale song from the coastal waters off Gabon and Mozambique. “Each humpback whale population has its own song. Songs therefore provide an acoustic fingerprint, on the basis of which we will hopefully be able to say where the animals that spend their winters off the Antarctic continent breed,” reports the marine biologist.

Breeding presumably takes place in the coastal region off southern Africa. “We know from other humpback whale-populations in the Southern Hemisphere that their spring southbound migration is relatively straight and direct in course. If this also is the case for humpback whales in the Weddell Sea, it is likely that they belong to populations on the east or west coast of southern Africa,” Van Opzeeland states.

Furthermore, the AWI team is analysing data from a chain of underwater acoustic recorders which the Ocean Acoustics Lab scientists have moored along the Greenwich Meridian, 0 degrees longitude, between South Africa and the Antarctic continent some years ago: “We know that humpback whales sing on the breeding grounds, as well as during their migration and that these songs alter from year to year. When and how this change happens, is however still unclear. With the help of the recordings from our chain of acoustic sensors, we may be able to shed more light on how humpback whale song changes between years,” says Van Opzeeland. She will therefore have many more humpback whale sounds to listen to during the coming period.

Further information about the PALAOA observatory:

Name: PALAOA stands for PerenniAL Acoustic Observatory in the Antarctic Ocean. However, Palaoa is also the Hawaiian word for whale and the research station also records the sounds of these ocean giants with its underwater microphones.

Hydrophone: To deploy the four hydrophones of the observatory, approximately 800 metres from the ice shelf edge, holes were drilled through the 100 meter-thick ice shelf to lower the hydrophones with a cable into the ocean underneath the ice.

Live stream: All sounds that PALAOA picks up are transmitted to Neumayer Station III via wireless LAN and sent to the Alfred Wegener Institute in Bremerhaven via satellite link from there. The following link leads to the live broadcast of what PALAOA records in the Antarctic sea: http://www.awi.de/fileadmin/user_upload/PALAOA/spectrum.html

Your contact person in the Department of Communications and Media Relations is Dr. Folke Mehrtens (phone +49 471 4831-2007, e-mail: medien(at)awi.de).

For the first time, DNA and proteins sensed by de novo-designed nanopore

The pangenome – key to new therapies 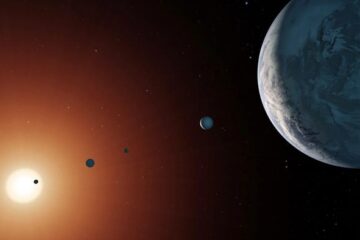 Fragile orbits of seven exoplanets could survive only limited early bombardment. Seven Earth-sized planets orbit the star TRAPPIST-1 in near-perfect harmony, and U.S. and European researchers have used that harmony… 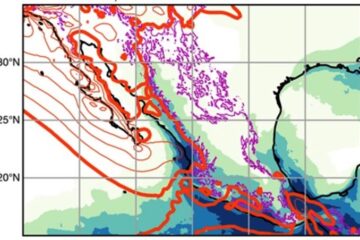 Monsoons are not found only in South Asia, but they are part of a global-scale circulation that affects almost all tropical regions (e.g. Australian monsoon, African monsoon, etc.). One occurs… 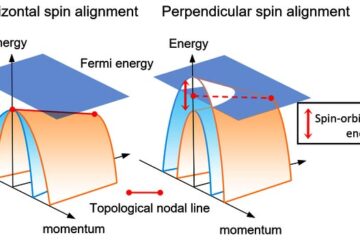 Trillion percent change of resistance can be achieved in the new material by simply rotating the direction of spin. While electrons are well known to carry both charge and spin,…