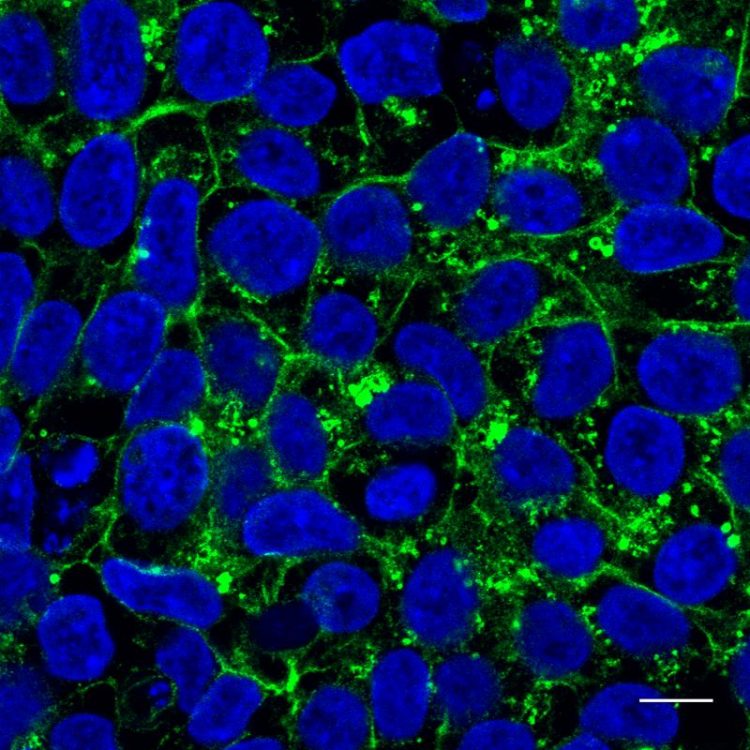 The seizures typically begin in the first months of life. It often takes years, however, before those suffering from the rare glucose transporter type 1 (Glut1) deficiency syndrome obtain a correct diagnosis.

If the disorder goes untreated, affected children experience developmental delay and frequently have neurological problems. Various defects in one gene underlie the syndrome. They cause the Glut1 protein to lose its function in the cell membrane: the protein no longer transports glucose from the blood into the brain.

Miniscule changes in previously little-noticed flexible segments of the Glut1 protein could lead to severe cellular disturbances – other genetic disorders might be caused by the same mechanism. These are the findings of a study led by Professor Matthias Selbach of the Max Delbrück Center for Molecular Medicine (MDC) and published in the current issue of the journal “Cell”.

Selbach’s team wanted to answer a basic question: How do defective genes cause diseases? Within the Glut1 gene there are many places where a mutation can disrupt the Glut1 protein’s three-dimensional structure, leading to loss of function. Malformed and contorted, the protein can no longer carry out its task in the cellular machinery and thus triggers the syndrome.

In one-fifth of all genetic diseases, according to the scientist, the protein structure doesn’t appear to be damaged at all. In such cases, she says, the mutation occurs in flexible loops in the proteins, which until recently were thought to have no function because they lack a defined structure. But appearances can be deceiving: “These so-called intrinsically disordered regions (IDRs) can snuggle up to other proteins as if they were soft pillows, thereby manipulate them.”

Many cellular processes are based on such interactions between proteins. The molecules interlock with each other like cogs, transfer energy, or move levers and conveyor belt systems. Even a single protein in the wrong place can have drastic consequences. Meyer therefore began by looking into which of the cell’s proteins come into contact with flexible mutated protein regions.

Subtle change with a big impact

The doctoral student did this by recreating 258 flexible protein regions in test tubes – both “healthy” variants as well as disease-related ones – and then adding human cell extracts. The next step involved using mass spectrometry to determine which proteins interact with the artificial proteins.

In Meyer’s experiment the mutated and “healthy” regions mostly docked onto the same binding partners. But some of the mutated proteins completely lost this ability or bound to other proteins and thus disrupted the operation of the cellular machinery. Some genetic changes even affect intracellular protein transport through this process. An example is a mutation in the gene for the Glut1 protein that causes two specific building blocks of protein, namely leucines, to lie next to one another, creating a so-called dileucine motif. “This pattern is known to attract proteins that aid the cell in transporting other proteins inside its interior,” says Meyer.

It was a special moment when Meyer made this discovery. Could it be that in people affected by this mutation the Glut1 protein is not defective but has instead ended up in the wrong place in the cell? “If the protein itself is not affected but only the transport function, there is a chance that the underlying cause can be treated – not just the symptom,” explains Meyer.

She searched databases and found a patient with Glut1 deficiency syndrome in whom the protein region contained a mutation creating the dileucine motif. The patient donated cells to her. In tests on cell cultures Meyer showed that the mutated Glut1 protein was no longer present on the cell surface, where it takes up glucose. The protein was instead in the cell’s interior as if it had gotten lost.

The cellular apparatus involved in pinching off vesicles from the cell membranes and transporting them into the cell’s interior via endocytosis is partially responsible for misrouting the Glut1 protein. Meyer was able to confirm her hypothesis: When she blocked this process, the Glut1 protein found its way back to the cell surface and resumed glucose uptake. “This could theoretically be blocked by medications,” says Meyer.

A new mechanism for numerous diseases

These medications don’t exist yet, says Matthias Selbach, head of the laboratory, but the discovery has implications beyond Glut1. By searching databases, the research team found the dileucine motif eleven times in the flexible regions of eight proteins, including in the protein that triggers the metabolic disorder cystic fibrosis.

“We have identified a promising target against a wide range of diseases,” says Selbach. “I see considerable potential here for developing new medications.” Future studies will need to determine whether these diseases can be systematically fought with endocytosis blockers.

Even though it often takes years for people affected by Glut1 deficiency syndrome to be correctly diagnosed, says Selbach, it is now relatively well treatable. Pasta, bread, and ice cream, however, are off limits to patients. They must follow a strict ketogenic diet, which involves avoiding foods that contain sugar and starch. Such a regimen usually causes the seizures to stop because the brain cells receive their energy from a different source. “But the disorder remains incurable,” says Selbach. “And patients must drastically restrict their diet.”

About the Max Delbrück Center

The Max Delbrück Center for Molecular Medicine in the Helmholtz Association was founded in January 1992 on the recommendation of the German Council of Science and Humanities (“Wissenschaftsrat”) with the goal of linking basic science to clinical research. The MDC integrated parts of three former Central Institutes of the GDR Academy of Sciences and was named for Max Delbrück, a physicist, biologist, and Nobel Prize winner. Currently the institute employs more than 1600 people from nearly 60 countries; over 1300 of those are directly involved in research. The MDC's annual budget is over 80 million Euros, along with substantial third-party funding obtained by individual scientific groups. As is the case with all Helmholtz institutes, the MDC receives 90 percent of its funding from the federal government and 10 percent from Berlin, the state where it resides.