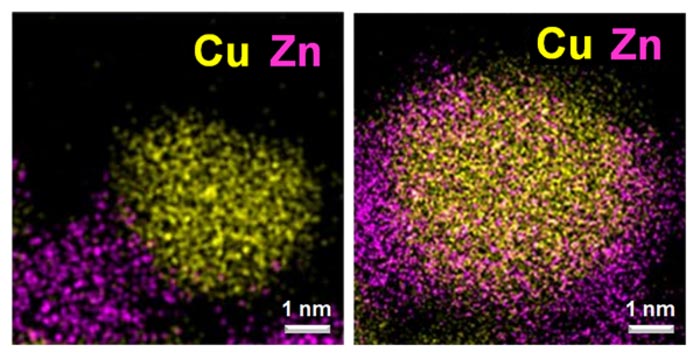 The science of catalysis—the acceleration of a chemical reaction—is perhaps not the most recognizable branch of study, but it is absolutely embedded into the fabric of modern society.

The development and production of fuels, chemicals, pharmaceuticals and other goods depend on catalysis. Catalysis plays a critical role in energy generation and the mitigation of humanity’s impact on the environment, and is involved in the manufacturing of some 25 percent of all industrial products in the U.S. From a consumer’s perspective, if a thing is made, worn, lived in, played with, driven upon, or otherwise used by people, catalysis likely plays a fundamental role in its origin story.

Research in the field of catalysis enables new and improved products and more efficient ways of doing and manufacturing, well, just about everything. But with such deep entanglement in the world around us, advancement in industrial catalysis can be costly in a macroeconomic sense—wholesale changes that require a “rip and replace” strategy do not sit well with firms and supply chains that power and provision our modern economy.

In a paper published online today (20 January 2022) in Nature Catalysis, researchers from Lehigh University, in collaboration with colleagues from the East China University of Science and Technology (ECUST), propose a novel method of significantly enhancing the catalytic efficiency of materials already in broad commercial usage, a process they have termed “induced activation.”

Induced activation: a game changer in the control of catalytic surface

“The surface structure of heterogeneous catalysts is closely associated with their catalytic performance,” explains Wachs. “Current efforts for structural modification mainly focus on improving catalyst synthesis. Induced activation, on the other hand, takes a different approach—manipulating the catalyst surface by controlling the composition of reducing agents at the catalyst activation stage where the catalyst is transformed to its optimum state.”

The team says that the use of the “tried and true” industrial catalytic material copper/zinc oxide/aluminum oxide (Cu/ZnO/AlO3) enables firms to take advantage of the breakthrough without the need for a costly retooling.

“This development effectively doubles the catalytic efficiency of these materials, enhancing their productivity and extending the life of the catalyst,” Wachs continues. “And importantly, induced activation can provide significant benefit to industry without shutting down a chemical plant—or the building of a new and costly one.”

In a career spanning three decades, Wachs has earned international renown for research into fundamental and applied aspects of heterogeneous catalysis.

The U.S. Environmental Protection Agency has honored Wachs with a Clean Air Excellence award for a catalytic process he invented that converts paper-mill pollutants into value-added formaldehyde. The American Chemical Society (ACS) has given Wachs the George A. Olah Award for achievements in hydrocarbon and petroleum chemistry and the American Institute of Chemical Engineering (AIChE) has honored Wachs with the Catalysis and Reaction Engineering Division Practice Award and R.H. Wilhelm Award in Chemical Reaction Engineering. He is the recipient of multiple awards from local catalysis societies (Michigan, New York, Chicago and Philadelphia). In 2011, he was named a Fellow of the American Chemical Society (ACS), the highest honor bestowed by the society. In 2012, he was recognized by the German Alexander von Humboldt Foundation with a Humboldt Research Award and the Vanadis award from the International Vanadium Chemistry Organization. More recently, he has been honored with the Lee Hsun Research Award in Materials Science, Institute Metal Research, Chinese Academy of Sciences (2015), Google Scholar ISI Golden 100 (2019) elected as a Fellow of the National Academy of Inventors (2019).

Wachs has published more than 300 highly cited technical articles (cited more than 40,000 times with a H index of 118) and holds more than three dozen U.S. patents. Additional details about the Wachs group activities (publications, presentations, awards, etc.) can be found on the group site (lehigh.edu/operando).