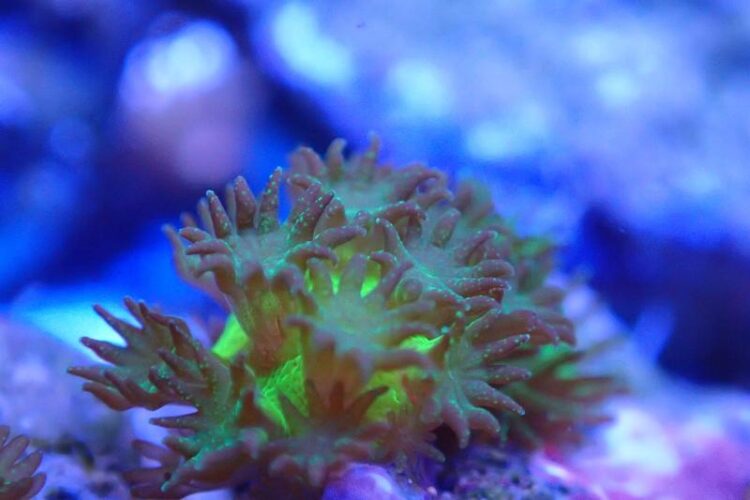 With the young corals obtained, the researchers want to identify factors that promote settlement and growth of the corals.
Universität Oldenburg/ Dr. Samuel Nietzer

Scientists at the University of Oldenburg’s Institute for Chemistry and Biology of the Marine Environment (ICBM) have scored a success: in the aquariums at the ICBM’s Wilhelmshaven site they were able to induce sexual reproduction in stony corals for the first time ever in Germany.

The research team, led by Professor Peter Schupp from the Environmental Biochemistry group, succeeded in accurately recreating the environmental conditions of the corals’ home in the Pacific Ocean, prompting them to spawn at almost the same time as their siblings on the other side of the world. Even at the international level, this has only been achieved a handful of times to date.

“This is a big step for coral research in Germany,” said Dr Samuel Nietzer, curator of the ICBM aquarium facilities, adding that the sexual reproduction of corals in a laboratory setting opened up important new opportunities for research, including studies on larval settlement and growth in young corals.

The Acropora corals used in the project belong to the most important genus of stony corals and are common inhabitants of coral reefs around the globe. They spawn only once a year, with thousands of coral polyps releasing their eggs and sperm into the water at the same time. This highly synchronised mass event only takes place when the conditions are exactly right for the corals, which makes reproduction in an aquarium extremely complicated: if factors such as day length, lunar cycles and climatic variables don’t exactly correspond to natural conditions in the ocean, the corals won’t produce any offspring.

Currently, the standard method for inducing reproduction is fragmentation. In this asexual reproduction method, a large coral is broken into smaller parts that grow rapidly and are then used in aquariums or reef restoration projects. These coral fragments are genetically identical to the parent coral, which means they are just as vulnerable to environmental changes such as rising seawater temperatures. The scientists hope that the sexually reproduced young corals will be more resilient and better able to adapt to changing conditions.

Schupp, Nietzer and their colleague Matthew Jackson went to great lengths to induce the Acropora corals to spawn. Last autumn, they extended the aquariums in Wilhelmshaven with a custom-designed setup to recreate the conditions in Australia’s coral reefs, simulating not only the water chemistry and lunar cycles, but also parameters such as day length, lighting and temperatures. In November, the corals that had been imported from Australia through the aquarium trade were placed in the tanks, and the wait began. About a week after the full moon in December – as anticipated based on synchronized mass spawning event patterns – the scientists’ efforts were rewarded: the corals simultaneously released their eggs and sperm (gametes) into the water.

The gametes then rose to the surface, where they were collected by Nietzer and Jackson. The scientists then mixed eggs and sperm from different coral colonies to ensure the greatest possible genetic diversity in the offspring. “We achieved a fertilization rate of almost 100 percent, and were able to settle around 50,000 larvae after a few days,” Nietzer explained. The largest surviving ones have already grown to one centimetre in size, he reports.

By studying these adaptable young corals, the researchers now aim to identify factors that promote coral settlement and growth. “We expect that by improving larval settlement and rearing methods large quantities of young corals can be produced in the future for further research or methods implemented at degraded coral reef sites for reef restoration projects, for example,” Schupp said. Another advantage of this approach is that it eliminates the logistical challenge of having to travel to the corals’ natural habitat at a specific time to obtain coral offspring, he added.