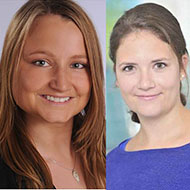 Researchers at the Helmholtz Zentrum München and the Technische Universität München recently examined the surface of precursors of these T cells and identified previously unknown proteins there. According to the scientists, the results, which were published in the journal Molecular & Cellular Proteomics, could supply approaches to new therapies in the area of asthma and allergies.

The team headed by Dr. Kathrin Suttner, who, together with Prof. Dr. Carsten Schmidt-Weber, heads the airway immunology research group at the Helmholtz Zentrum München and Technische Universität München, concentrated its work on the so-called naive CD4+ T cells.

They are a precursor form of T cells and form the basis for immunological memory*. Impaired development of these cells can influence the entire immune system and lead to illnesses such as allergies and asthma.

The scientists specifically examined proteins on the surface of the naive CD4+ T cells because these proteins play an important role in the cell development and mediate the corresponding responses to stimuli from the environment.

Using mass spectrometry and bioinformatic analysis in close cooperation with the Core Facility Proteomics of the Helmholtz Zentrum München and the Bioinformatics and Computational Biology Department of the Technische Universität München, the researchers succeeded in precisely identifying a multitude of surface proteins.

They also compared the compositions in the early and late activation forms of the cells. “We can understand the results as an atlas for surface proteins. The findings also presented proteins for the first time that had never been known to be associated with T cells or their maturation process,” explains Anke Grässel, first author of the study.

The researchers are planning further investigations in the future in order to explain the exact role of these proteins. “We want to contribute to identifying new targets of attack that could serve as a basis for the development of therapeutic or diagnostic approaches,” explains group leader Suttner. The researchers find the surface proteins of the naive CD4+ T cells to be particularly attractive primarily because their access is relatively simple. “We could be able to influence the cell directly, without introducing the active substance into the cell in a complex procedure,” Suttner hopes.

Background:
* Immunological memory guarantees that the immune system has a stronger and faster reaction to an antigen in later encounters than in the initial contact. Causes for this are so-called memory cells, which are formed during the first infection and then activated within a short period upon renewed contact, consequently preventing the spread of a repeated infection. Immunization is an example of this. In this case, immunological memory ensures that protection against an antigen can be maintained for a lifetime.

The Helmholtz Zentrum München, the German Research Center for Environmental Health, pursues the goal of developing personalized medical approaches for the prevention and therapy of major common diseases such as diabetes and lung diseases. To achieve this, it investigates the interaction of genetics, environmental factors and lifestyle. The Helmholtz Zentrum München is headquartered in Neuherberg in the north of Munich and has about 2,300 staff members. It is a member of the Helmholtz Association, a community of 18 scientific-technical and medical-biological research centers with a total of about 37,000 staff members.

The German Center for Lung Research (DZL) pools German expertise in the field of pulmonology research and clinical pulmonology. The association’s head office is in Giessen. The aim of the DZL is to find answers to open questions in research into lung diseases by adopting an innovative, integrated approach and thus to make a sizeable contribution to improving the prevention, diagnosis and individualized treatment of lung disease and to ensure optimum patient care.

The Institute of Allergy Research (IAF) investigates the molecular mechanisms behind the development of allergies, which are on the rise around the world. Through intensive cooperation among scientists and clinicians on individual approaches to prevention, the IAF is working to halt this epidemiological spread. In the therapeutic area, the institute's scientists want to develop new approaches specifically targeted at the patients. The IAF works with the Technische Universität München in the joint Center of Allergy & Environment (ZAUM) facility. The IAF is also a member of the Munich Allergy Research Center (MARC) and the German Center for Lung Research (DZL).

The Center of Allergy & Environment (ZAUM) in Munich is a joint undertaking by the Helmholtz Zentrum München and the Technical University of Munich (TUM). This cooperation, which is the only one of its kind in the German research landscape, is dedicated to interdisciplinary basic research and forms a link between clinicians at the hospital and clinical research staff at the university. Thanks to this approach, findings about the mechanisms that lie behind allergies are translated into preventive and therapeutic measures. The development of effective, individually tailored treatments enables better care to be provided for allergy-sufferers. www.zaum-online.de

Technische Universität München (TUM) is one of Europe’s leading research universities, with around 500 professors, 10,000 academic and non-academic staff, and 36,000 students. Its focus areas are the engineering sciences, natural sciences, life sciences and medicine, reinforced by schools of management and education. TUM acts as an entrepreneurial university that promotes talents and creates value for society. In that it profits from having strong partners in science and industry. It is represented worldwide with a campus in Singapore as well as offices in Beijing, Brussels, Cairo, Mumbai, and São Paulo. Nobel Prize winners and inventors such as Rudolf Diesel and Carl von Linde have done research at TUM. In 2006 and 2012 it won recognition as a German “Excellence University.” In international rankings, it regularly places among the best universities in Germany.