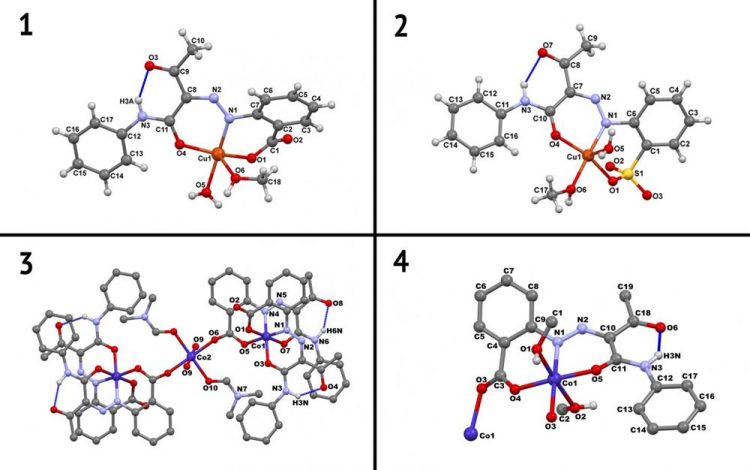 Cyanosilylation is the addition of cyanogroups – NΞC to silyl groups, which include silicon and another inconstant component called radical, labeled with 'R' on the scheme below. Assymetric addition of these groups to chemical compounds with =C=O groups leads to the formation of a variety of enantiomerically enriched compounds. These may act as the new prospective materials and initial substances for the chemical industry.

Enantiomers are optical isomers that contain the same atoms and that are mirror images of each other, but despite that are not identical and may have different chemical and physical properties. Precisely these properties make them so promising.

The process of cyanosilylation is driven by additional agents called catalysts. Catalysts are mediating the reaction path, but they do not change themselves, and quit the process without any transformations at the end. Catalysis allows the reaction to proceed faster and more intensively even at lower temperatures or over a wider pressure range.

Catalytic asymmetric cyanosilylation has been extensively studied in recent years due to the significant utility of the products of this reaction — cyanohydrin trimethylsilyl ethers. They are the key starting materials in the syntheses of substantial chemical products, e.g., α-hydroxy aldehydes, α-hydroxy acids, β-amino alcohols, etc. The first group is used in colourants, pharmaceutical, fungicide and odourant synthesis, the second is essential forl food production and pharmaceuticals, and the third group is useful for the household chemicals and cosmetics. It's notable that all these compounds are easy to produce from this type of ethers through only one-step synthesis.

The main synthetic route for the preparation of cyanohydrin trimethylsilyl ethers is the addition reaction of trimethylsilyl cyanide (TMSCN) that contains both cyanogroup and silyl component to carbonyl compounds (those with =C=O groups, as mentioned earlier). Trimethylsilyl cyanide is a source of cyanide that is safe and easy to handle, if compared to HCN, NaCN and KCN.

“Currently a variety of organo- and metal catalysts have been employed in this reaction. These protocols have many disadvantages, such as low yield, long reaction time, harmful solvents, etc. Thus, in this project we have introduced new types of catalysts for cyanosilylation of aldehydes” – says Atash Gurbanov, Organic Chemistry Department, RUDN University, the leading author of the paper.

The proposed suggestion is arylhydrazone in complex with Cu(II) and Co(II/III). Apart fro the radicals (and again we will see the 'R' letter) arilhydrazone contains aril group (aromatic ring where one hydrogen is lacking) and two atoms of nitrogen, one of which is in double chemical bond with carbon. Arilhydrazones are easy to produce and they are extensively studied by chemists. Below you may see the complexes they form with cobalt and copper.

These complexes act as homogeneous catalysts for the cyanosilylation of aldehydes (both aromatic ones and those without aromatic rings) with trimethylsilyl cyanide. The researchers argue that this reaction proceeds even “at room temperature in methanol, providing cyanohydrin trimethylsilyl ethers with good yields (77?89 %).” The ways to promote the reaction yield are also discovered for those two groups of aldehydes, the chemists say.