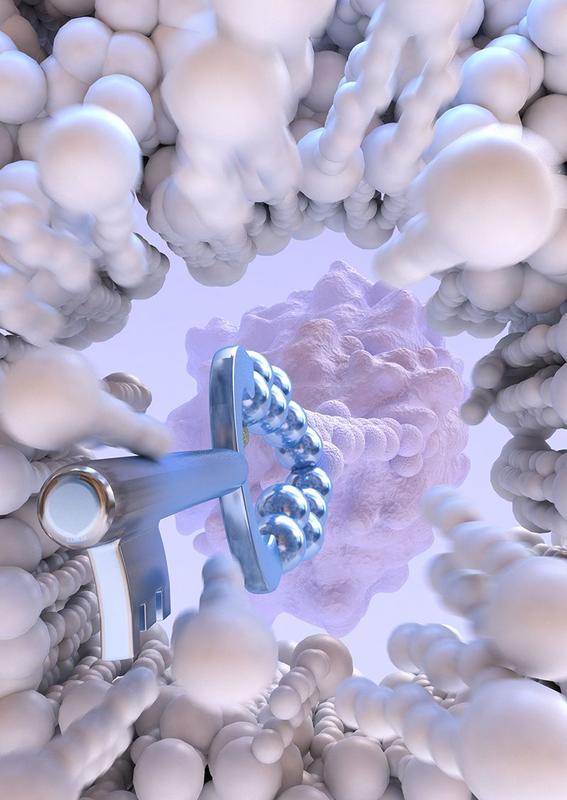 Antibodies are one of the main weapons of our immune system. They dock to viruses, bacteria and other invaders that course through our blood, and thereby render them harmless. Antibodies also play a key role in the diagnosis and treatment of diseases and in research.

“One clear limitation is that due to their size and various other factors, antibodies are unable to permeate living cells,” emphasises M. Cristina Cardoso, Professor of Cell Biology and Epigenetics in the Department of Biology at the TU Darmstadt.

Working in close collaboration with the research group led by Christian P. R. Hackenberger at the FMP Berlin, Professor of Chemical Biology at the Humboldt University of Berlin, the inter-disciplinary team has now, for the first time, managed to permeate living cells with small antibodies, also called nanobodies, and observe them microscopically. Medicine has extremely high hopes for these tiny antibodies. Although they do not occur in the human body, they have been found in camels and in cartilaginous fish.

“In order to open up the path into the cell for the nanobodies, we decorated them chemically with cyclic cell-permeating peptides that effectively act as keys to the direct permeation through the cell membrane into the cells,” explains Christian Hackenberger. As the researchers report in the current issue of the renowned scientific journal “Nature Chemistry”, the key peptides are either coupled stably to the nanobodies or, more loosely, so that the connection is dissolved on the inside of the cell.

The scientists successfully permeated living mouse and human cells with nanoantibodies, and examined their benefits. Cell-permeable nanobodies are suited both to the recognition and manipulation of antigens and to the analysis of protein-protein interactions. The researchers were able to observe the interaction between the tumour inhibitor p53 and its counterpart, protein HDM2, using the nanobodies and special fluorescent markings. This interaction plays an important part in the development of cancer.

Nanobodies are also highly promising medically because they are able to transport proteins to living cells. The symptoms of Rett syndrome, for instance, a genetic disease with aspects of autism, could possibly be reduced by the protein Mecp2. The researchers permeated mouse cells with Mecp2 bound to nanobodies, and were able to prove that the protein was still intact and it reached its target in the cell.

According to the report in “Nature Chemistry”, the cell-permeable nanobodies are general tools that deliver therapeutically relevant proteins into living cells. This opens up a new door to treatments for diseases that have so far been untreatable.

The work by the researchers from Darmstadt, Berlin and Munich was made possible by the DFG priority programme 1623, which deals with the synthesis of functionalized proteins.