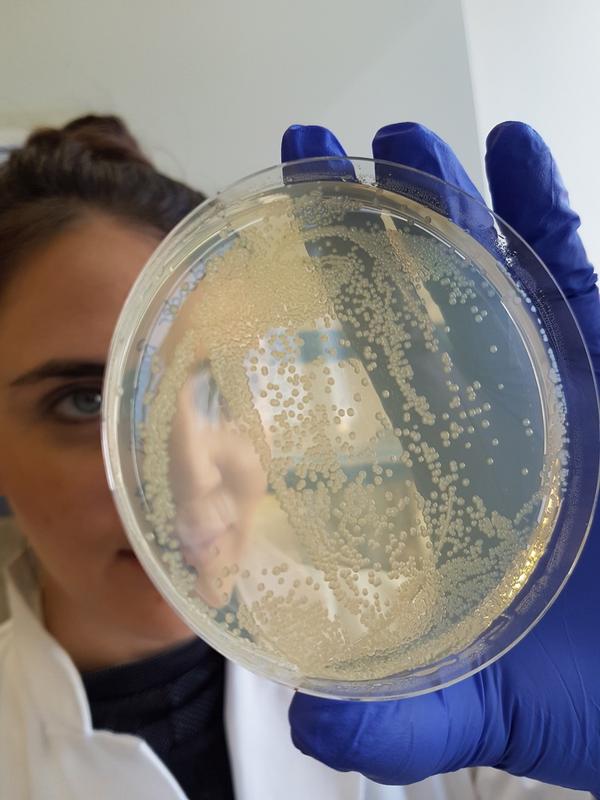 Infections with Acinetobacter baumannii are often fatal due to this bacterium’s increasing antibiotic resistance. In some European countries, over 90 percent of isolates no longer respond to antibiotic therapy. Particularly worrying is the fact that the pathogen is continuing its rapid advance throughout the whole world.

In order to obtain results in this situation that can be put to use as quickly as possible in clinical practice, natural scientists and physicians are working closely together in the Research Unit “Adaptation and Persistence of Acinetobacter baumannii”. Several institutes at Goethe University Frankfurt – Molecular Microbiology & Bioenergetics, Medical Microbiology & Infection Control, the Institute of Cell Biology & Neuroscience and the Institute of Biochemistry – are involved in the project together with the Robert Koch Institute and the universities in Cologne and Regensburg.

“We have achieved something quite unique: We use patient isolates, sequence their genome and analyse their pathogenic properties, which are then characterized with regard to countermeasures,” explain Professor Volker Müller, microbiologist, and Professor Volkhard Kempf, microbiologist and physician, who are the Research Unit’s two spokespersons. It has already been possible to identify first virulence traits by means of this approach.

The researchers know meanwhile what the bacterium feeds on, how it survives stress, how it adheres to animate and inanimate surfaces and how it withstands antibiotics. This knowledge enables them to test new targets for deactivating the bacterium. They discovered, for example, that bacteria are no longer able to trigger infections if you take away their ability to synthesise a certain sugar (trehalose). The research team is now working hard to shed light on this sugar’s biosynthesis process so that inhibitors can be developed.

The evaluators found this work so convincing that the German Research Foundation has not only extended the project but also increased its budget. The work undertaken in future will produce new answers to the question of how this increasingly threatening bacterium can be treated.

A picture can be downloaded from: www.uni-frankfurt.de/70620941
Caption: Petri dish with colonies of the dangerous hospital pathogen Acinetobacter baumannii.

Goethe University is a research-oriented university in the European financial centre Frankfurt The university was founded in 1914 through private funding, primarily from Jewish sponsors, and has since produced pioneering achievements in the areas of social sciences, sociology and economics, medicine, quantum physics, brain research, and labour law. It gained a unique level of autonomy on 1 January 2008 by returning to its historic roots as a “foundation university”. Today, it is among the top ten in external funding and among the top three largest universities in Germany, with three clusters of excellence in medicine, life sciences and the humanities. Together with the Technical University of Darmstadt and the University of Mainz, it acts as a partner of the inter-state strategic Rhine-Main University Alliance.