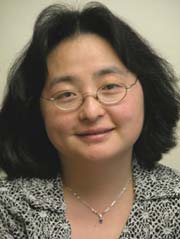 A team of researchers, led by microbiologist Yiping Han from Case Western Reserve University School of Dental Medicine, have discovered that a bacterium (Fusobacterium nucleatum) found in periodontal disease enters the blood, specifically targets placentas and amniotic fluid of pregnant mice and triggers preterm or term stillbirths as well as early death for live-born mice.

The researchers reported their findings in the March 25th issue of the Journal of Infection and Immunity.

The researchers also injected mice with the live bacteria, Fusobacterium nucleatum, from the placenta and amniotic fluids of women who had given birth to preemie babies. These bacteria also provided the same results in mice to forge an even stronger link between the oral bacteria and preterm births and its transmission to the placenta through the blood.

After the bacteria were injected into pregnant mice, the bacteria did not attack the liver or spleen. Within 24 hours of injection, some mice already were affected by the bacteria and within 72 hours were giving birth to stillborn pups.

Follow-up microbiology studies were done on the placentas and amniotic fluids of women who have undergone premature labor. While the studies were done years ago, Han said no one make the link until recently to verify the presence of F. nucleatum in as many as 30 percent of the women.

Han said she wanted to find out how the bacteria reach the sterile environment of the womb because F. nucleatum’s presence is rarely found in the vaginal tract.

“The number of bacteria can increase 10,000 fold when periodontal disease is present. This bacterium takes the opportunity to enter the blood stream when bleeding occurs with the gum disease,” states Han.

She also adds that periodontal disease and pregnancy, with its hormonal changes, both challenge the immune system, which may have a harder time warding off and keeping the numbers of the bacteria normally present in the mouth in check.

When the immune system is compromised in some way, Han noted that F. nucleatum particularly targets the placenta and eventually the amniotic fluid.

The researchers found that the animal model mimicked the human situation in three ways:

The infection is localized to the uterus and is not a systemic infection.
Live bacteria were isolated from infected mice placenta
The infection eventually spread to the amniotic fluid of the mouse uterus and mimicked an infection in humans associated with preterm birth.
“Periodontal disease is treatable and preventable,” Han states. She advises women, who are thinking about getting pregnant or are expecting a baby, to visit the dentist for a check-up and maintain healthy oral hygiene practices of brushing and flossing at least twice daily.

Other researchers on the project were Raymond Redline and Thomas McCormick from the Case School of Medicine and Gale B. Hill from the Duke University Medical Center.

One of the reasons for studying this, according to Han, is that the number of premature births has remained constant over the past 20 years. Han wants to find the reason why women give birth early and then prevent it.