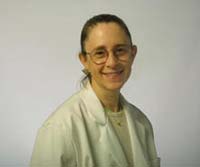 Scientists at the Duke Comprehensive Cancer Center have scientifically validated for the first time that stem cells in umbilical cord blood can infiltrate damaged heart tissue and transform themselves into the kind of heart cells needed to halt further damage.

Clinical proof of this principle has existed for a decade, as Duke physicians have used cord blood to correct heart, brain and liver defects in children with rare metabolic diseases. But until now they lacked the molecular evidence to prove that cord blood stem cells were the root of a cure.

Now, the Duke team has dissected heart tissue to confirm the presence of donor stem cells in heart tissue. Moreover, they showed that donor stem cells had differentiated into heart muscle cells called myocytes, which then produced the critical enzyme needed to halt the progressive heart damage, said Kirsten Crapnell, Ph.D., a research fellow at Duke.

Crapnell will present the team’s findings at the International Association of Bone Marrow Transplantation Research meeting Feb. 12-17 in Orlando, Fla.

“We’ve had convincing clinical evidence that stem cells from umbilical cord blood extended much farther than the blood-forming and immune systems, and that they can differentiate themselves into brain, heart, liver and bone cells,” said Joanne Kurtzberg, M.D., director of the Duke Pediatric Bone Marrow and Stem Cell Transplant Program. “But now we have examined heart tissue on a cellular level and proven that donor cells are not only present in heart tissue, but they have become heart muscle cells.”

To validate the stem cells’ activities, Crapnell dissected and analyzed heart tissue from a 4-year-old boy whose transplant was successful, but who later died of an infection before his immune system was strong enough to fight it. The boy had suffered from a rare metabolic disease called Sanfilippo Syndrome B, in which the body is missing a critical enzyme needed to break down complex sugars in various cells. As sugar byproducts accumulate in vital organs such as the liver, heart and brain, cells become damaged and die.

Duke physicians had observed that children with these rare metabolic diseases tended to regain organ function more rapidly when given cord blood rather than traditional bone marrow. They theorized that cord blood stem cells, being less mature than stem cells in adult bone marrow, could more easily adapt to their new surroundings and respond to signals that differentiate them into the needed kind of cell.

Indeed, it appears that donor stem cells inexplicably home in on defective tissue and establish themselves there, as though they are missionaries recruited to rescue cells in need, the scientists said. Proof of this principle has come from various imaging studies which demonstrate that certain organs regain function after cord blood transplants. But no one had shown that cord blood cells were actually present in these organs and the reason behind the improvements — until now.

Crapnell proved the presence of donor stem cells in the young boy’s heart by searching for aberrant female stem cells (from his baby girl donor) amid his largely male heart cells. She used two fluorescent stains to label heart cells as either male or female. The red stain would be attracted to female X chromosomes and the green stain would be attracted to male Y chromosomes. The fluorescent colors would easily illuminate the gender of each cell.

She found that, although few in number, the female heart cells were clearly illuminated amid a larger pool of male heart cells (called myocytes). Just a few donor stem cells are enough to provide a wide swath of damaged tissue with the enzyme necessary to restore function, the researchers believe.

The same phenomenon is likely at work in brain tissue as well, said Jennifer Hall, MD, a research fellow at Duke who is also presenting at the International Association of Bone Marrow Transplantation Research meeting.

Cord blood transplants appear to halt or slow the progressive brain damage that is caused by metabolic diseases such as Sanfilippo Syndrome, Krabbe Disease and Hurler’s Syndrome. Yet precious time is lost as the stem cells traverse their way from the bloodstream into the brain, where they eventually engraft and differentiate into the needed types of brain cells. Meanwhile, children may miss a critical therapeutic window of treatment.

If scientists could somehow nudge stem cells toward becoming the needed brain cells, then deliver them directly to the patient’s brain in their differentiated state, doctors could theoretically spare some patients irreversible brain damage.

So Hall tested the potential of hematopoietic stem cells to differentiate inside a test tube into specific kinds of brain cells, called oligodendroctyes. These brain cells are targeted for destruction in children with metabolic diseases.

Hall cultured a unit of cord blood stem cells in a flask together with growth factors, hormones and other compounds that direct stem cells toward the oligodendroctye lineage. One month later, Hall analyzed the cells under a microscope and found that 60 percent of them appeared to resemble cells of an oligodendrocyte lineage.

Hall validated her observations by staining the cells with various antibodies that only bind to and illuminate proteins unique to oligodendrocytes precursor cells. Similarly, she stained the cells with antibodies for a host of other cell types. The presence of unique proteins in a given cell confirms that it is actively producing that protein, not just that its genetic code is capable of doing so, said Hall. In this case, the oligodendrocytes were producing the needed protein or enzyme.

“The therapeutic goal is to rapidly produce oligodendrocytes in the lab, and then infuse them into patients soon after transplant,” said Hall. “Delivering cells directly to the brain could hasten engraftment of the cells and could ultimately result in repairing of neurologic tissue.”

Hall said the potential also exists for repairing spinal cord injuries and multiple sclerosis, which — like the metabolic “leukodystrophies” — result from deterioration of the myelin sheath that coats nerve cells.