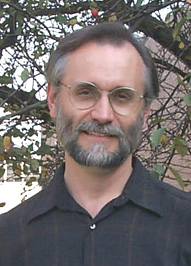 The study, reported this week in the journal Nature, is the first to describe the physical connection between two molecular components -– genes called TOC1 and ZTL — that keep a plant’s “clock” running at the right speed. Scientists have spent more than a decade trying to understand the interactions between the components that regulate a plant’s timing.

Knowing how those components interact might benefit agriculture, as the clock controls activities like flowering time in plants, said David Somers, a study co-author and an assistant professor of plant biology at Ohio State University.

“Understanding how the clock works on the molecular level means that we can begin to understand, and perhaps manipulate, when a plant flowers,” he said. “One potential limitation to where plants can grow is day length – some plants need more exposure to light than do others.

“If we could make a plant flower earlier in the growing season – assuming that temperatures were warm enough – we could possibly extend that plant’s range into a region in which it normally had difficulty growing.”

Somers conducted the study with Woe-Yoon Kim, a postdoctoral researcher in plant biotechnology at Ohio State, and Paloma Más and Steve Kay, both with the Scripps Research Institute in La Jolla, Calif.

The researchers conducted experiments on Arabidopsis thaliana, or thale cress plants. They looked at plants with normal TOC1 and ZTL genes and also at Arabidopsis plants with either a mutant TOC1 or ZTL gene. Observing changes in mutant strains gave the researchers information on each gene’s involvement in regulating the circadian clock.

“We wanted to know what keeps a plant’s circadian clock running at the right speed,” Somers said.

A faulty TOC1 gene caused the plants to run on a faster schedule – their circadian clocks had sped up to 20 hours. Conversely, mutations in the ZTL gene slowed the clock down to 27 hours. If both genes were missing entirely, the clock still ran, but at the wrong speed.

The researchers also looked for, and found, a strong physical interaction between TOC1 and ZTL.

“It became clear that ZTL is heavily involved in controlling the level of TOC1 in the plants,” Somers said. “ZTL degrades TOC1, and this degradation is vital for normal plant functioning.

“We knew that TOC1 was one of the main components in controlling the clock’s pace,” he continued. “Now we know that ZTL indirectly controls the clock’s pace through its effect on TOC1 degradation.”

These findings help shed light on mechanisms that have puzzled scientists for years.

“The molecular components of the plant clock aren’t well understood,” Somers said. “And, unlike the mammalian circadian clock, a lot of the individual players are still unidentified.”

Just as in animals, plants’ circadian clocks are set by light and dark cycles, Somers said. In humans, feeling sleepy close to bedtime is controlled in part by the clock. In plants, the circadian clock controls the production of enzymes and other components involved in photosynthesis.

“If a plant can anticipate sunrise, it can have the necessary photosynthetic compounds prepared in advance,” said Somers. “Many of the enzymes and molecular components of photosynthesis have to be re-made daily, as harvesting sunlight and turning it into useful energy is a destructive process.

“It’s to a plant’s advantage to be ready to absorb sunlight when it becomes available.”