Home / Life Sciences / Evidence That Neurons Prune Only "Twigs" to Rewire Themselves
23.10.2003

Evidence That Neurons Prune Only "Twigs" to Rewire Themselves 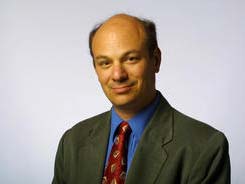 By using a laser microscope to spy on individual nerve cells in living mice, researchers have discovered that neurons’ wiring remain largely stable, providing a solid scaffold to accommodate the challenges in their environment. Specifically, the scientists found that the neuronal branches called “dendrites” remain largely unchanged in the highly active olfactory processing region of the mouse brain. Such evidence suggest that dendrites in the adult brain form a stable background even in the face of ongoing changes that form part of everyday experience.

Besides providing a better basic understanding of the dynamic processes of brain rewiring, the researchers believe their findings might yield insights into such disorders as epilepsy and Alzheimer’s disease, which are marked by aberrant neural circuitry.

Dendrites are the branches of neurons that support the multitude of interconnections by which one neuron triggers a nerve impulse in its neighbors in the intricate neural pathways of the brain.

The research was reported in the November 2003 issue of the journal Nature Neuroscience by Howard Hughes Medical Institute investigator Lawrence Katz, Ph.D., and colleague Adi Mizrahi, both at the Duke University Medical Center.

“The brain faces two challenges in maintaining its functionality in a changing environment,” said Katz. “One is to remain stable enough so that the basic things we need to do to interpret the world remain consistent. And the other is to continually adapt to the changing environment, which places a high premium on the ability to alter neural circuitry.”

The brain is known to undergo large-scale wiring during embryonic development after such drastic events as a stroke or loss of a limb. However, said Katz, a central question in neurobiology is whether such dendritic alterations take place during the formation of long-term memories.

To explore the nature of such rewiring, Mizrahi and Katz studied neurons in the neural structure called the olfactory bulb — the collection of neurons that represent the initial processing stage for information from odor sensing receptors in the nose.

“The olfactory bulb is one of only two areas of the brain where new neurons are being generated throughout life,” said Katz. “Neurons in the olfactory bulb are constantly losing synapses linked to sensory cells that are dying and gaining new ones connected to new sensory cells.” Thus, he said, detailed observation of those neurons should yield a clear look at neurons in the process of rewiring during ordinary experience.

The scientists used a laser microscopy technique that enabled them to watch changes in specific neurons genetically tagged with a fluorescent protein, as the mice were presented with changes in their environment. The transgenic mice were developed by Duke neurobiologist Guoping Feng, Ph.D., and his colleagues.

“Importantly, this technique enabled us to look in real time at the changes in a single neuron in the same animal; not at populations of neurons and not at different animals,” said Katz. “We could follow over time how dendrites responded to ongoing change.” In initial studies, the researchers found only subtle changes in the neurons.

“The changes bordered on the imperceptible — like a tree that lost or gained only a few twigs over time,” said Katz. “It wasn’t what we initially thought, that the neurons would be like rose bushes in spring, in which a tremendous amount of dendritic structure would be gained.” Even when the scientists placed the mice in an enriched “Disneyland” of structures and smells to explore, they saw few changes in dendritic structure. This, despite the fact that other researchers had found that manipulating the odor environment drastically increased turnover of neurons in the olfactory bulb. Nor did the scientists see significant changes when they taught the animals to seek out a particular odor to gain a reward.

The only way they could induce major changes, they found was to use the molecular “sledgehammer” of a drug known to make neurons hyperactive, “so we knew they had the capacity to undergo change,” said Katz.

“We’ve concluded from these findings that the overall theme of this area of the brain is stability, and that these dendrites are not undergoing large-scale changes under natural conditions, even in response to changes in their environment,” said Katz. “My own view is that there is a large backbone of stability in these areas and relatively low levels of plasticity, despite the fact that new neurons are being constantly generated,” said Katz.

According to Katz ongoing studies are using the combination of laser microscopy and cell tagging to study plasticity in other regions of the brain, particularly the central site of learning, the hippocampus.

Such studies could yield significant insights into disorders that involve brain rewiring, he said. “Dendritic degeneration is a hallmark of Alzheimer’s disease, and dendritic changes are known to occur in epilepsy,” said Katz. “So, understanding what is normal and what is pathological — and the mechanisms that produce such changes — could offer insights into these diseases.” For example, he said, by crossing mouse strains that show epilepsy with the fluorescently tagged strain, it would be possible to study in detail alterations in dendritic wiring that might contribute to the disorder.