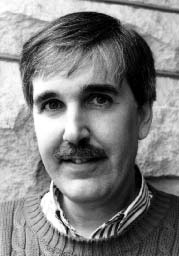 Researchers have developed a new way to use a decade-old imaging method to directly compare the brains of monkeys with those of humans. Their report appeared in the journal Science.

The method uses functional Magnetic Resonance Imaging (fMRI) – a technique that measures blood volume and flow and blood-oxygen levels in the brain. It also provides an indirect measure of neuronal activity in different regions of the brain.

Neurons need oxygen and glucose to work. Blood carries both substances, and both can cross the blood-brain barrier. When a particular region of the brain is activated, the blood flow to that area temporarily increases in order to supply the neurons with fresh oxygen and glucose.

“What we’re doing is an indirect measurement of the human brain’s electrical activity,” said Wim Vanduffel, the report’s lead author and an instructor at the Athinoula A. Martinos Center for Biomedical Imaging in Charlestown, Mass.

“It’s the best way at present for investigating patterns of neural activity in humans,” he said.

“Implicit in the neuroscience community was that the monkey cortex is a good model for the human cortex,” said James Todd, a study co-author and a professor of psychology at Ohio State University. “Scientists didn’t have any choice but to make that assumption, as the monkey brain was the only model we had to work with.”

What set the fMRI technique used in this study apart from past fMRI experiments on monkeys is that the monkeys remained conscious during the experiments.

“Until this point, anybody who has used fMRI on monkeys did so while the animals were sedated,” Todd said. “That presents a real problem since sedation may alter the patterns of neural activity that occur when monkeys are awake.”

Eleven human subjects each participated in 14 separate fMRI scan sessions, and three juvenile macaques participated in at least eight sessions. While each session produced data, some of the sessions produced weak signals. Therefore, the researchers averaged together the sessions in order to obtain reliable results.

The experiments were conducted in a laboratory run by Guy Orban, head of the division of neurophysiolgy at Katholieke Universiteit Leuven in Belgium, where Wim Vanduffel also holds a postdoctoral position. Todd was responsible for designing the images viewed by all of the subjects.

For each session, a human subject lay on his back inside the fMRI and watched as nine randomly connected lines began to rotate on a monitor inside the machine. This procedure could not be used on the monkeys, however, because monkeys don’t like lying on their backs. Instead, the researchers used juvenile monkeys that could be seated within the fMRI apparatus.

The researchers looked for areas of the visual cortex that were activated while the subjects watched rotating 3-D images. Each portion of a subject’s visual cortex was scanned during each session in the fMRI. In order to better see the areas of activity in the monkey brain, the macaques were injected with a solution that enhanced the contrast shown in the final scans.

“For unknown reasons, the fMRI signals from the monkeys were weaker than those from the humans,” Orban said. “Since the monkey brain is smaller, we needed to use a contrasting agent to increase the fMRI’s ability to pick up a signal.”

While a regular MRI measures tissue density and structure, fMRI measures the flow, volume and oxygenation of blood in tissue. In the current study, this technique was used to investigate regions of the brain that were activated when the subjects looked at the moving 3-D images.

“The advantage of functional MRI is that scientists can see which regions of the brain are active,” Orban said.

The results showed pronounced differences between the two species: in an area of the human visual cortex called V3A – an area thought to be responsible for a variety of visual functions, such as motion processing and stereoscopic depth – and also in the intraparietal cortex. The researchers noted that, in humans, four distinct areas of the intraparietal cortex were involved in processing the rotating 3-D images. There is no clear counterpart to this region in monkeys.

“The results suggest that, as humans evolved, some portions of their brains adapted to produce specific abilities, such as controlling fine motor skills,” Orban said.

The results don’t mean that monkeys don’t have 3-D visual capabilities. The findings do show that researchers now have a technique enabling them to make reliable comparisons between a monkey brain and a human brain.

“This study provides the first evidence of a functional difference between the human and the monkey brain,” Todd said. “The results show that, in at least one important aspect, the brains function quite differently.”

“We were in a paradoxical situation before we had these results,” Orban said. “On one hand, it’s obvious that humans and monkeys are different.

“On the other hand, when we use the physiology of the monkey brain as a model to explain what we see in a human functional MRI scan, we had assumed that the activity was occurring in the same region in each brain. We had to make an assumption, which we knew would be wrong from time to time. We just didn’t know when that assumption would be wrong.”

“Now we have a way to verify when the monkey model does not apply and when it really can apply,” Orban said. “And we can be much more precise in extrapolating findings from monkeys to humans.”

Support for this research came from the Inter-University Attraction Poles (a Belgian research foundation); GOA (a regional research support foundation in Belgium); the Fund for Scientific Research – Flanders (FWO-Flanders); and the Queen Elisabeth Medical Foundation.