How pufferfish meditate magnesium to survive 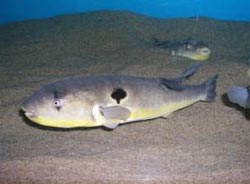 Fig. 1 The team used linear and cyclic block copolymers to create flower-shaped micelles. The cyclic-based micelles withstood considerably higher temperatures and salinity levels, and could have numerous applications in industry and green chemistry.<br>

The gene mechanism responsible for altering magnesium ion secretion in fish is uncovered by scientists at Tokyo Tech. The details are described in the August 2013 issue of Tokyo Institute of Technology Bulletin: http://www.titech.ac.jp/bulletin/

The bodily functions of creatures that live in aquatic environments are affected by the presence of ions of different elements in the water. Bodies naturally absorb and retain ions as essential nutrients, but an excess of any one ion in the body can be damaging.

The magnesium ion Mg2+ is the second most abundant cation in seawater. Both freshwater and seawater fish maintain a certain level of Mg2+ in the plasma in their bodies, and it has long been known that seawater fish secrete Mg2+ into their urine in order to avoid an excess of absorbed Mg2+ from their surroundings. However, certain species of fish are capable of living in both salt and freshwater conditions, and how they alter Mg2+ secretion in their bodies accordingly is not well understood.

Now, Akira Kato and co-workers at Tokyo Institute of Technology, together with researchers from Japan’s Shimonoseki Academy of Marine Science and Mayo Clinic College of Medicine, Minnasota, USA, have uncovered the molecular mechanisms behind Mg2+ secretion in fresh and seawater Takifugu pufferfish species (1).

“For freshwater fish, Mg2+ is an important nutrient which should be retained if excess Mg2+ is not absorbed from food,” explains Kato. “Seawater contains around 30 times more Mg2+ than the blood of seawater fish. If seawater fish cannot excrete excess Mg2+, they face hypermagnesemia which causes failure of normal tissue functions in the nerves, muscles, and heart.”

Open genome databases enabled Kato and his team to prepare a list of pufferfish genes that have homology to any known Mg2+ transporting systems in bacteria, plants, and mammals. Through this mammoth task, they pinpointed a gene called Slc41a1 that encodes ion-carrier proteins in other species and bacteria. Gene expression analyses showed that Slc41a1 genes are highly expressed in the duct system of the kidneys in pufferfish.

“We discovered that Slc41a1 expression was up-regulated when the fish were moved from freshwater to seawater conditions,” explains Kato. Using immunohistochemistry techniques, the researchers proved that Slc41a1 is found in vacuoles (organelles) in the kidney and mediates Mg2+ movement from inside to outside cells. This secretion mechanism allows the excess ions to be flushed from the body in the urine.

“The molecular study of vacuolar Mg2+ secretion in the kidneys of seawater fish has just begun,” states Kato. “We need to identify other components that support the function of Mg2+ transporter gene Slc41a1. We also need to confirm if similar systems are generally used by many different organisms, or if this method of secretion has specifically evolved in fish.”

Miwako Kato and Yukiko Tokida, Center for Public Information
Tokyo Institute of Technology, 2-12-1,
Ookayama, Meguro-ku, Tokyo 152-8550, Japan
E-mail: publication@jim.titech.ac.jp
URL: http://www.titech.ac.jp/english/
Tel: +81-3-5734-2975, Fax: +81-3-5734-3661
About Tokyo Institute of Technology
As one of Japan’s top universities, Tokyo Institute of Technology seeks to contribute to civilization, peace and prosperity in the world, and aims at developing global human capabilities par excellence through pioneering research and education in science and technology, including industrial and social management. To achieve this mission, we have an eye on educating highly moral students to acquire not only scientific expertise but also expertise in the liberal arts, and a balanced knowledge of the social sciences and humanities, all while researching deeply from basics to practice with academic mastery. Through these activities, we wish to contribute to global sustainability of the natural world and the support of human life.