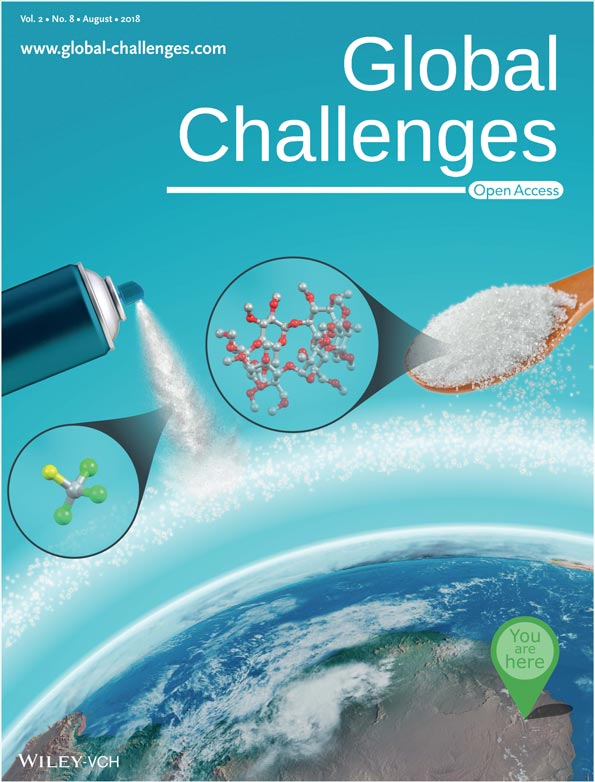 Researchers at Johannes Gutenberg University Mainz (JGU) and Aschaffenburg University of Applied Sciences have managed to make a breakthrough when it comes to dealing with the extremely ozone-depleting chlorofluorocarbon Freon 11. Their findings could make a major contribution to protecting the endangered ozone layer.

Freon 11 is a chlorofluorocarbon (CFC). These substances were previously used, among other things, as coolants in refrigerators and as foaming agents for polyurethane foams. In the 1970s scientists realized that CFCs were damaging the protective ozone layer in the upper atmosphere and were also responsible for the appearance of the ozone hole. In addition, Freon 11 is 4,750 times more potent than carbon dioxide as a greenhouse gas, additionally contributing to global warming.

Although the Montreal Protocol banned the production and trade of this CFC in the late 1980s, it is still released today when refrigerators are recycled and is even traded on the black market. The ozone-depleting substance has also recently been the subject of repeated scientific and media attention.

A study published in the journal Nature reported an alarming recurrence and a sharp increase in the global release of Freon 11, which the authors were able to attribute to extensive illegal production and use of this substance in Chinese polyurethane foam factories.

Being able to effectively adsorb and detect Freon 11 at an early stage, it would seem, is thus more important than ever. “If we can learn to safely handle this environmentally harmful substance, it would be not only of great scientific interest but also, and above all, a matter of worldwide benefit,” emphasized Professor Siegfried Waldvogel of JGU, corresponding author of the study.

In their paper in the journal Global Challenges, the scientists from Mainz and Aschaffenburg describe a method of effectively binding both airborne and liquid phase Freon 11 using modified cyclic sugar molecules, i.e., a substance called methyl-substituted α-cyclodextrin. This would prevent the release of the environmentally harmful foaming agent into the atmosphere, where it additionally impairs the stratosphere's ability to protect against UV radiation.

The process of Freon 11 binding is reversible and the adsorbent medium can be fully regenerated under controlled conditions. The recovered material can also be reused. This makes the process a sustainable and environmentally-friendly method of binding this extremely ozone-depleting substance, a method that can be readily employed when old refrigerators are scrapped, for example.

In addition, the research teams at Mainz and Aschaffenburg have been able to transfer this concept to an optical sensor device, making it possible to detect low concentrations of Freon 11 quickly and reliably.