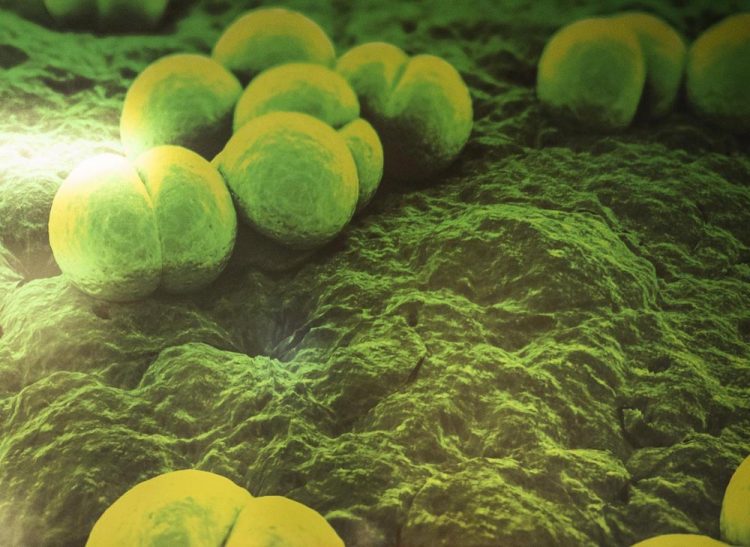 “Streptococcal toxic shock syndrome is an acute condition like meningococcus – if you get exposed to the organism you can be dead within a matter of days or less. So we're hopeful that what we've discovered can help save lives,” program leader and laboratory head Professor Michael Good said.

Dr Manisha Pandey, the lead researcher on the study, said streptococcus (Strep A) is the same bacteria group that causes common and non-life-threatening ailments such as school sores and tonsillitis, which are easily spread via coughing, sneezing and sharing food and drinks.

She said in about 1 in 100 cases, the organism enters the body and becomes invasive streptococcal disease (ISD). ISD can be life-threatening, with mortality rates exceeding 25% in even the best-equipped facilities tasked with treating it.

When ISD occurs, some strains can make more toxins than others and cause streptococcal toxic shock syndrome (STSS).

STSS occurs when a toxin made by the Strep A organism binds to a human protein on certain cells and activates T-cells in the immune system that prompt a cytokine or highly inflammatory response.

This agitates white blood cells which then release potent immune hormones that can result in death.

The international research team, which includes scientists from Melbourne and Edmonton, Canada, used a transgenic (DNA altered genes) mouse model to develop a world-first STSS vaccine candidate – named 'J8' – that showed a 1000-1,000,000 fold reduction of the bacterial burden in the spleen and blood after infection.

Antibodies developed from the streptococcal M protein and streptococcal pyrogenic exotoxin (SpeC) also cleared the infection in treated transgenic mice and ablated the mitogenic and inflammatory activity caused by the M protein.

“About four years ago, we became aware of a cluster of bad cases of streptococcal infection resulting in a couple of deaths due to invasive streptococcal disease and toxic shock,” Prof Good said.

“Invasive streptococcal disease and toxic shock are increasing in prevalence around the world and are particularly prevalent among disadvantaged populations – it occurs in remote parts of the state among Aboriginal communities, and affects the very young and very old the most.

” However, that doesn't help people who come in who haven't been vaccinated and those who are acutely ill with toxic shock.

“In our transgenic mice model, we showed that two proteins are important for the disease – Superantigen toxin (SpeC) and the M protein, which our vaccine candidate J8 comes from.

“We vaccinated the transgenic mice – and it could prevent toxic shock, but as importantly we were able to make antibodies in normal mice which we could use to treat sick mice.

“When the transgenic mice became very ill, we treated them with the vaccine antibodies and they recovered overnight – the organisms as well as the toxin were cleared from their blood.”

Prof Good said now that antibodies have been generated, the next step would be to make monoclonal antibodies (antibodies made by identical immune cells that are clones of a unique parent cell), that could be suitable for a human trial study of J8's efficacy against invasive streptococcal disease.

The research has been published in Science Advances.